Last night was an epic night for Adele. Not only did she make a clean sweep in all 6 categories she was nominated in but her return to the world stage after a harrowing throat surgery received a standing ovation from the crowd at the Grammys. It was also yesterday that Vogue released their March issue featuring the voluptuous 23 year old on the cover looking absolutely dazzling. The moment we set our eyes on the cover we couldn’t help but swoon at her dazzling profile. Those beautiful Twiggy-like eyes, a sharp nose and full lips framed by her signature voluminous belonged exactly where they should – a high profile fashion magazine.

Just awhile ago, Karl Lagerfeld created controversy by calling Adele ‘too fat’ and in return she told People magazine, “I’ve never wanted to look like models on the cover of magazines. . . . I represent the majority of women, and I’m very proud of that.”

Indeed, every image of her in the March 2012 issue is tastefully shot, highlighting her gorgeous face and shapely figure wonderfully. We think Vogue did an amazing coverage of Adele and how they made her look absolutely stunning despite not being a size zero. Adele says that she won’t write another breakup record despite her bestselling sophomore album 21 . She says, “I’m done with being a bitter witch.”

Some of the highlights from the article:

On her surgery
“John Mayer had it done at the same time as I did,” says Adele, “and he really helped me be chilled out about it. Roger Daltrey’s had loads of stuff done; Steven Tyler reached out; Elton John. Lots of artists have had problems with their voices, but you don’t know about it. And they are still singing incredibly well in their 50s and 60s.”

On the red carpet
“I hate the red carpet. I don’t feel insecure, I just feel like, Oh, I don’t want to do this. I literally get a stomach cramp. At the VMA’s last year I felt really out of my comfort zone because there were so many superstars there. But that’s been the case from day one. I never feel like, Oh, yeah, I should be here. And I was missing my best friend’s hen night. So I was a bit bitter that I wasn’t there, to be perfectly honest.”

On performing
“I don’t think I could pull it off, doing an elaborate show. There are a couple of songs that are worthy of a few explosions and dancing teams and stuff like that. But I would feel really uncomfortable displaying my music like that. I just want to sing it. I don’t want to perform with my body.”

At 23, British born Adele has so much ahead of her and we look forward to see what she has to offer in years to come. Read the complete article here at Vogue online. 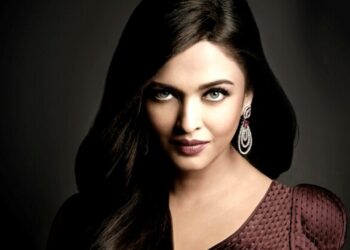 This article celebrates an actress who possesses ravishing ocean-green eyes, and has rocked her way through the international film industry,... 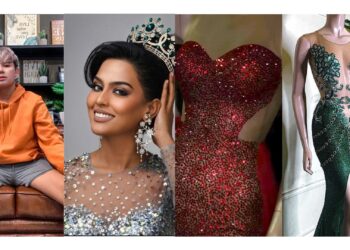 In the world of beauty pageants, goddess-like contestants walk around on the glittering stage in their stunning dresses, ready to...