Laugh, Cry and Sing Along with SMASH the Musical

Step aside Glee because  there’s a new TV musical in town and they’re all set to smash all you crooning teenagers. Titled SMASH, NBC’s Broadway-set series is set to impress and wow audiences because the brainchild behind the series is Steven Spielberg and we all know that everything the man touches, turns to gold. SMASH has been drawing praises from viewers as well as industry critics since its US premiere early February.

Joining the legendary director on the board of Executive Producers are Oscar-winning producers, Craig Zadan and Neil Meron; the duo who produced the internationally-acclaimed musicals, Hairspray and Chicago. Theresa Rebeck, an acclaimed and widely produced playwright whose newest play, Seminar is currently playing on Broadway, is an Executive Producer of SMASH. Rebeck’s extensive television credits include NYPD Blue and Law & Order: Criminal Intent.

Members of the media were treated to a screening of the pilot of the series and while we wouldn’t want to spoil it for you, here’s a brief description of the characters in the show:

American Idol runner-up Katharine McPhee makes her acting debut as Karen Cartwright, a young actress from Iowa looking for her big break in New York City who’s character is in competition with a more experienced Broadway star, while the buxom Megan Hilty stars as Ivy Lynn for the role of Marilyn Monroe.

British hunk Jack Davenport stars as a director-choreographer who –according to NBC’s website – is a ‘seductive bad boy’ who doesn’t care whose feelings get hurt on the way to realising his vision. His blasé and womanising character reveals the ugly truth of how much one is willing to compromise to become a Broadway starlet.

Debra Messing of the hit TV series Will & Grace appears as writer Julia Houston – a working mother with a string of hit musicals behind her who tries balancing both her work and family rather unsuccessfully. There’s also Oscar winner Anjelica Huston who plays a legendary Broadway producer struggling with her own divorce while looking for the next big thing.

SMASH will also see “both original compositions by Mark Shaiman and Scott Wittman, the Tony and Grammy Award-winning songwriters of Broadway blockbusters such as Hairspray and Catch Me If You Can, as well as covers of a variety of existing hits that will combine to tell the narrative of this musical series.

Here’s a peek of what to expect:

SMASH will premiere on 19th March (next Monday), on DIVA Universal (Astro Channel 702), on Mondays @ 9pm. DIVA Universal is an entertainment channel with a feel-good mix of great drama and sassy content that is upbeat, lively and optimistic, but at the same time full of emotion, poignancy and warmth. 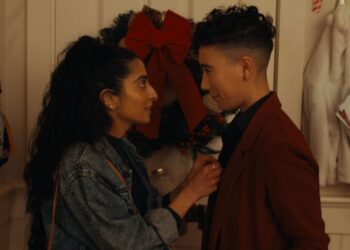