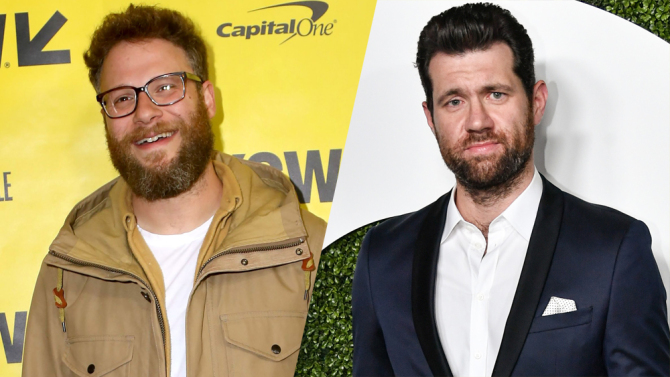 Everyone gotta say thanks to Disney right now, because the animation powerhouse has tapped Seth Rogen and Billy Eichner to voice Timon and Pumbaa in the live-action adaptation of The Lion King. Yass, we simply can’t imagine a more suitable set of cast!

Seth Rogen is no stranger to voice acting, as he has been involved in numerous animation hits such as Kung Fu Panda, Monsters vs. Aliens and last year’s Sausage Party, which he also co-wrote and produced. The curly-haired comedian is repped by UTA, Principal Entertainment, and Felker Toczek.

Meanwhile, fellow comedian Billy Eichner is best known as the host of Billy on the Street which earned him a Daytime Emmy. He also stars in Hulu’s original series Difficult People, Parks and Recreation and The Unbreakable Kimmy Schmidt. The actor is also repped by UTA and 3 Arts.

For the record, Donald Glover is on board to voice Simba, while James Earl Jones will reprise his role of Mufasa that he voiced in the original. On top of that, word has it that Beyonce is circling the role of Nala. Well, well..

The Lion King live action movie will be released on 19th July 2019. Hopefully, we won’t have any issues with the government this time around.