Ken you find someone else? 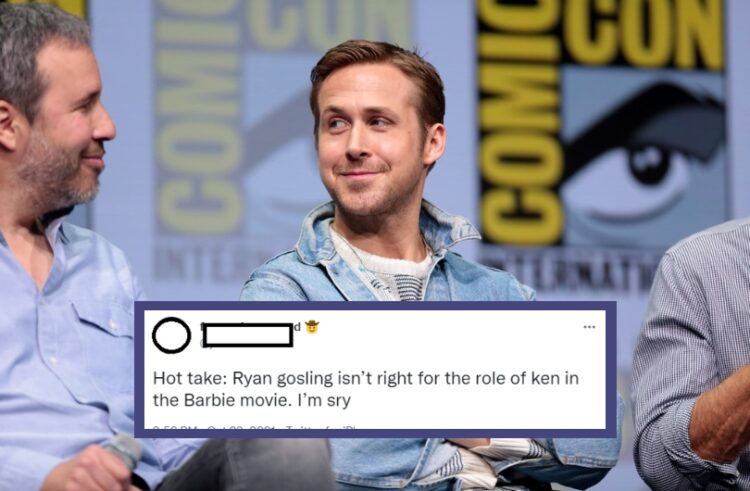 A match made in heaven? Errr, Twitter disagrees! Mattel and Ryan Gosling recently announced that he will be joining Margot Robbie in the upcoming Barbie & Ken live action movie – and fans are concerned. Although the Barbie casting choice has garnered plenty of online support (ofc, it’s Margot, duhh), the overall reaction on Ken, however, has been mixed, with many early tweets expressing general disapproval.

Many of the detractors had other casting choices in mind. The list of actors they’d rather see play the part has included such stars as Zac Efron, Justin Hartley, Matt Bomer, James Marsden, and Henry Cavill, and the list goes on.

Love Ryan Gosling but he seems like a bad choice to play a Ken doll. Matt Bomer or James Marsden for me, please. Thanks!

ryan gosling playing ken in the upcoming barbie movie with margot robbie is a big no….. pic.twitter.com/SK9DLx5IJU

According to Deadline, Ryan Gosling was offered the role of Ken, the blonde children’s doll’s love interest, almost three years after the film adaptation was announced. However, production was put on hold due to Ryan allegedly declining the offer. But after the studio persisted that they’d only go ahead with the film if he joined the cast – and as a result, delaying the film’s production – The Notebook star suddenly found “an opening in his schedule” and signed on for the film. So, um, since they’ve gotten a lot of backlash from fans, will they delay the production again?

On Margot’s side, however, the Australian beauty described Barbie as a champion of “confidence, curiosity and communication” who inspired children “to imagine themselves in aspirational roles from a princess to president.” Awww. The Barbie & Ken movie is expected to begin filming next year and will hit theatres some time in 2023.