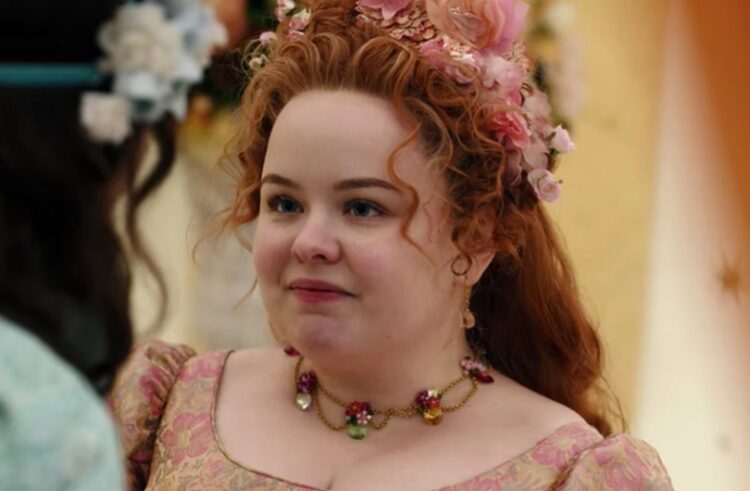 Netflix’s Bridgerton has got it all: scandal, romance, bougie balls and, of course, a jaw-dropping male lead. Regé-Jean Page plays Simon Bassett, the Duke of Hastings *drool*. I’m not saying you’ll definitely be all over his charm and his hot-hot scenes with co-star Phoebe Dynevor, but you should maybe make a plan to pick your jaw up off the floor.

Anyway, it’s been almost an entire year since Netflix got us hooked on the show, especially its eroticism (the most shocking scene of the series – the reveal of Lady Whistledown – comes to mind). And to be honest, it wasn’t that much of a bummer compared to the revelation of Dan as the gossip girl (big ew). Season 1’s final episode reveals that Penelope Featherington, played by Nicola Coughlan, was really the mysterious wordsmith all along. However, Nicole herself has revealed that not only did Season 1 have a completely different ending, but it also had a completely different Lady Whistledown. Wow, that’s a plot twist we never expected – not since a certain Malaysian minister decided to ‘’jump’’ party to save his reputation. Joke!

During the recent TUDUM event, Nicola Coughlan appeared alongside other cast members to promote the upcoming Season 2, and she revealed that the creators of the show at Shondaland weren’t initially ready to unmask Lady Whistledown so quickly. “It was a reshoot in July, so they had filmed a different ending. They were going to make it seem like it was Cressida Cowper.’’ Excuse me, maam. What? She then continued: “It was like this whole other world opened up, but they were like ,’When Penelope is revealed as Lady Whistledown…’ and I went ‘WHAT?'”, adding, “getting cast in a Shondaland Netflix show was major, but that’s so much more major than I ever could have imagined.”

At the moment, there is no official launch date for Season 2 – however, the streaming giant has announced that fans can expect the series to premiere in 2022. Don’t’ forget to follow Netflix Malaysia’s twitter account to keep up with updates:

Looks like Min’s gonna makan nasi lemak with Daphne Bridgerton at Buckingham Palace — this is what they call “fusion” right? pic.twitter.com/0uT2qvEYBn

Malaysia taknak buat Bridgerton ke….I mean, yall can showcase the aesthetics of traditional clothings and cultures. And show to dem penjajah we are civilised as well not as how they claimed us to be(savages and barbaric)….. just a thought https://t.co/pCrCFlfAzy