Designers would be sitting around holding their breath. After all, after tonight some of them will be the talk of the town. The other half, let’s just say they will have to try again next year. Having said that, this year’s dresses has been spectacular and we are more than happy to walk you through it all!

Let’s kick off with the Best Actress in a Leading Role winner, Meryl Streep.

Natalie Portman obviously has regained her pre pregnancy body, much to the envy of us mere mortal. Her Christian Dior dress though was anything but glamorous. Polka dots at the Oscars? Sorry Natalie, this is a MISS.

Sandra Bullock has been keeping us guessing who the leading man in her life is, since she dumped the dirty bag Jesse James. At the Oscars 2012 she proved she had better taste when it comes to picking out a dress. This dress from Marchesa is beautifully cut and unique. This is a HIT on our list despite mixed reviews from fashion critics.

We like Jennifer Lopez but she loves herself too much, that was painfully obvious at the Oscars. Showing too much of cleavage on the red carpet of such a prestigious event is a big no no and that hairstyle is too harsh. The dress from Zuhair Murad looks more Bronx than Oscars, and for that very reason, it is a MISS.

Cameron Diaz’s dress from Gucci was drop dead gorgeous. We can’t remember the last time she got it THIS right. It is no rocket science that this dress is a definite HIT on our list.

We have mixed feelings about Gywneth Paltrow’s dress from Tom Ford, if we can call it a dress at all. It was all going fine till they threw in that cape. Why, it beggars belief. We wanted to like the dress, but this is no place for Superwoman. MISS.

Yet another one , taking creativity a bit too far. Glenn Close is wearing Zac Posen, and we love the cut, we adore the colour but we question the blazer. In another planet, maybe. Here on earth it is a MISS because you simply don’t team flowy gorgeous dresses with a blazer!

Rooney Mara’s dress and make up hits the right spot for us. Hard to fathom how the girl who played the lead role in The Girl with The Dragon Tattoo could scrub up so well. Her Givenchy dress has such beautiful cut and understated elegance, it is hard not to think of it as a HIT.

Octavia Spencer’s dress is by Tadashi Shoji, and from the looks of it they knew she will be receiving an award for the Best Supporting Actress category. She recently revealed that she wore 3 spanx underneath her dress at the Golden Globes Award. We can’t assess for sure if that is the case here. Tadashi Shoji will be very glad to know this dress is a HIT on our list!

We did say that this year has been an exceptionally good year , so have a look at more of our HITs!

We would kill for some of the dresses that were seen on the red carpet today and really, why wouldn’t you. We foresee plenty of boutique “inspired” pieces in the weeks to come and when that happens, you can tell your friends you saw it here first! 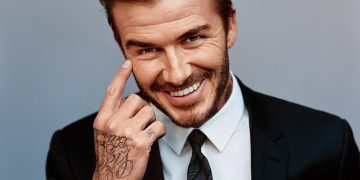 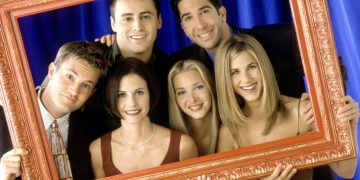