Justin Beiber’s girlfriend is a lucky one. Or at least he thinks so. His legion of teenage girl fans are going to fall in love all over again.

In his promotional interview with Radio Disney to promote his upcoming album , Boyfriend, he said he treats his lady love with honesty. Of course the one benefiting from his honesty is his girlfriend, the beautiful Selena Gomez.

He went on: ‘It’s just about being honest with one another.

‘You just have to be honest, that’s the first thing, because if you’re not honest then the relationship is just not a good relationship.’ The Baby singer concluded: ‘At the end of the day, your girl would appreciate you being honest more than lying to her and vice versa.’

Now that the 18-year-old Justin Beiber has revealed just what makes him such a good boyfriend, it is safe to assume that is the recent Selena has been glowing like a happy camper! Maybe Justin can teach the other male stars a thing or two, as we all know honesty is such a rare quality in Hollywood. 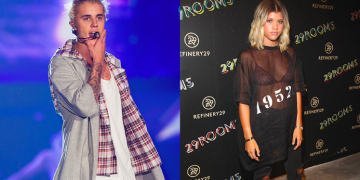