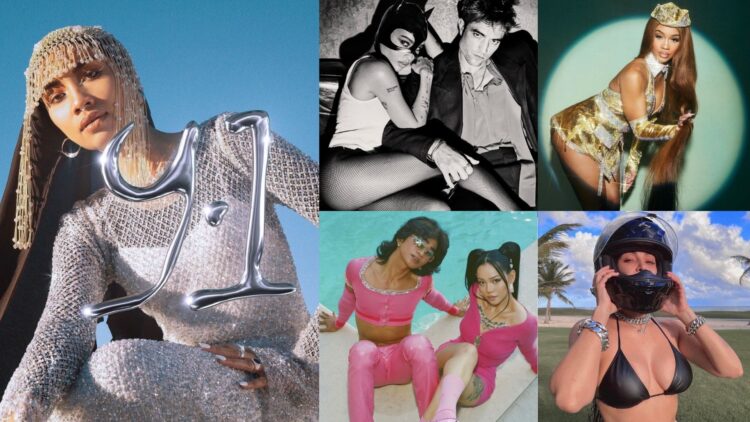 The one and only Yuna just announced that she’s coming out with 5 releases in 2022, namely Y1, Y2, Y3, Y4, and Y5. It’s also her first project as an independent artist!

Nur Fazura looks happier than ever in the new photos she dropped on her IG with her SO, Fattah Amin!

Hannah Delisha did not sugar coat in her stunning trench coat at the Lady Dior Pop Up!

Sharifah Rose Sabrina is rocking the newly launched scarf by her brand Sekuntum, in the style ‘Willow’!

Yaya Zahir is giving us girl boss vibes with the #FendiPeekaboo collection from Fendi SS22!

Summer came early this year after Kim K dropped some photos of herself in a black bikini looking HOT AF.

Billboard just honored Saweetie as a game-changer, and we completely agree! She IS the icy queen!

Catwoman Zoë Kravitz and the Batman Robert Pattinson are giving us major Gotham vibes in their latest photoshoot with Wonderland Magazine!

Not only did Gigi Hadid ACE this year’s Fashion Month, she also announced that she is pledging to donate her earnings from Fall 2022 shows to aid those suffering from the war in Ukraine and Palestine!