No one saw this coming in a million years but the fact is Rihanna and Chris Brown have reunited. At least that is the case with the two tracks they have recorded together! Shocked? Read on please.

These collaborations has fuelled rumour that the ex lovers are hooking up again. This is despite the fact Brown is currently dating stunning Karrueche Tran and has been seen out and about with her in Hawaii over the last weekend. According to sources , Brown and Tran have an open relationship and chances are she doesn’t mind him frolicking around with his ex.

It was also claimed that Brown turned up for Riri’s 24th birthday but made everyone at the bash sign a confidentiality agreement, agreeing to not say anything about it to the press.

Fans are voicing their agreement and disagreement on Twitter. They are probably following the steps of Miranda Lambert who dissed Chris Brown on Twitter for performing during the Grammy’s , stating her shock that he is allowed to perform twice despite the fact he bashed Rihanna up badly.

As for the songs, take a listen to Birthday Cake and look up the lyric. Maybe then you will get an idea what the ruckus is all about. The lyrics are highly sexual , borderline inappropriate!

They also worked together on this track , Turn It Up. If this is a marketing ploy , it is quite puzzling because both Rihanna and Brown’s career does not need any help given their talent and fanbase.

It is hard to speculate if these two are indeed getting it on, but they sure are amicable. Brown wished Rihanna on her birthday through Twitter and it was retweeted by her.

Two thing are for certain. Firstly and foremost, many parties are unforgiving about the fact Rihanna has forgiven Chris Brown. This is because based on the report below, it is clear he did not smack her around lightly. He bashed her up inhumanely.

Secondly, if you are on Twitter maybe you should follow Rihanna and Chris Brown to watch the drama unfold further and while you at it, look up @lipstiqdotcom and follow us too. You will only be doing yourself a favour! A Breakup Playlist To Keep You Company As You Wail 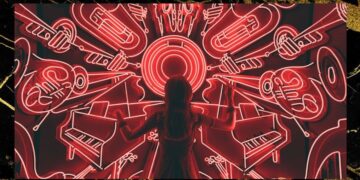 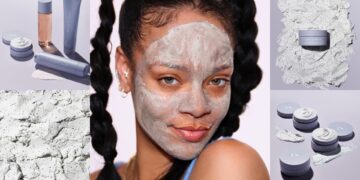 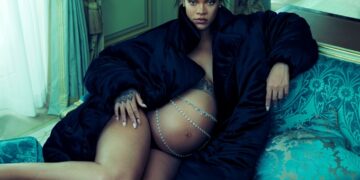 Take Cover! How To Look Like Rihanna On Vogue’s May 2022 Cover!