Cardi B and Rapper Offset Welcomes Their New Bundle Of Joy; A Son 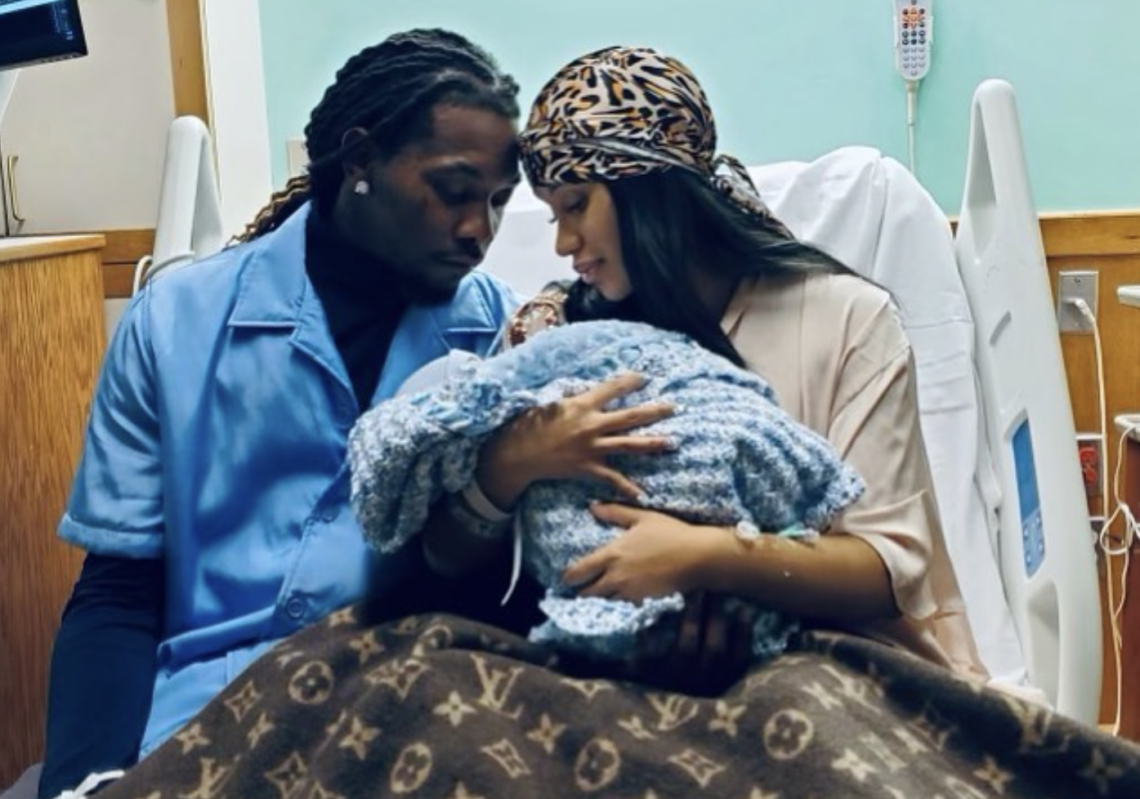 Sleepless nights and the midnight hauls begins for Cardi B….

The mother of two has just successfully given birth to their second child on September 4th, Saturday 2021. Cardi announced the joyous surprise alongside a photo of herself in her hospital bed, clutching her baby boy and sitting next to Offset.

Cardi and Offset have a 3-year-old daughter named Kulture. From prior relationships, Offset has a daughter Kalea, six, and sons Kody, six, and Jordan, eleven. Cardi first announced her pregnancy while performing at the BET Awards with Offset and Migos in June.  Cardi’s blossoming belly was shown onstage in an embroidered Dolce & Gabbana bodysuit with a sheer section in the tummy.

The rapper couple shared such a sweet photo of themselves fondly gazing longingly on their son, while the “WAP” singer rests beneath a Louis Vuitton blanket.