Rumour Has It That Ariana Grande Is Debuting A Makeup Brand Soon! 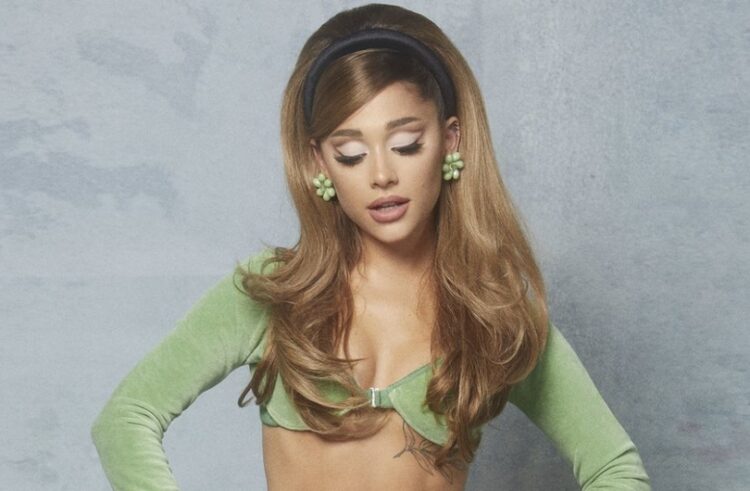 Remember when in the late 90’s and early 2000’s when celebrities were dropping their fragrances line left and right, like there’s no tomorrow? Well, it looks like a beauty brand is the new fragrances line in the year of 2021. Seriously, first it was Kylie, followed closely by Rihanna—who has now matched Kylie’s billion dollar status. Selena Gomez joined right after with her Rare Beauty. Then, we found JLo came up with a skincare brand, and there was a random duo of Vanessa Hudgens and Madison Beer, not long after Scarlett Johansson shared a news about her products and now.. Looks like Ariana Grande will be the latest addition to the club.

Rumour has it that Arian will be naming her first beauty baby; R.E.M Beauty. Hm, she missed an opportunity to name it ‘’God Is A Woman’’ instead. The name was obviously a nod to one of her famous songs from a successful Sweetener album. Of course, Ariana is no stranger to the world of cosmetics, given the launches of her multiple fragrances inspired by her own smash hit songs: Thank U Next, R.E.M., and her latest scent, God Is A Woman. But now, there’s further confirmation that Ari’s latest venture is going to be here sooner than we thought, thanks to a billboard in New York’s Time Square.

Sure, the design of the billboard doesn’t give fans much to go off, merely teasing the name and stating that it is “coming soon”. But hey, it’s already looking incredibly on brand for Ariana.

The classifications include various makeup products and hair extensions. pic.twitter.com/I1P2KSc323

As for the trademark, R.E.M. Beauty has been listed as housing a large array of cosmetic products, featuring concealers, lash serums, eyeshadows, lip tints, and brow pencils, among the products listed. Aside from R.E.M. Several other trademark names and motifs were filed to symbolise the brand’s logo, including a cloud icon, which has become Ari’s signature symbols throughout her recent perfume and album releases.

Hm.. patiently waiting for the announcement!

Lush Malaysia bares it ALL in their new #NakedSwapChallenge campaign, which draws awareness on excessive usage of plastics for product...