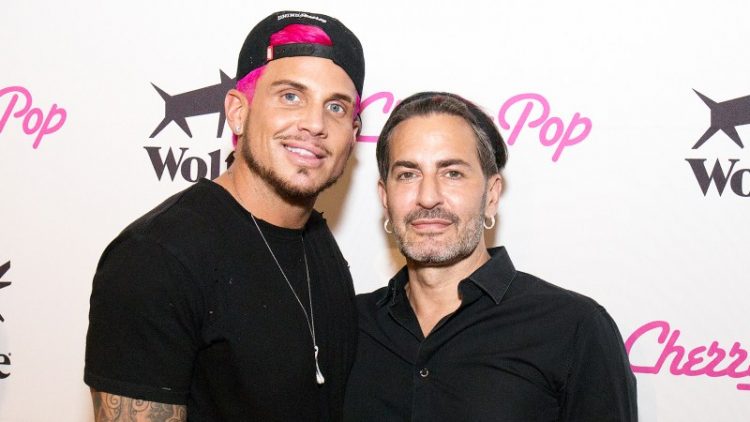 As a lead-up to the big question, Marc had a squad of dancers perform a routine set to Prince’s song “Kiss” inside the restaurant.

And this happened…”Charly Defrancesco will you marry me”? #flashmobatchipotle #moves THANK YOU everyone for making this happen video @plural_nyc @laurengerrie @seandon212 @1.800.newbold And to my Ride or Die fiancé @chardefrancesco I LOVE YOU❤️

The world-renowned designer, who looked like he was about to burst with happiness, shared a video of the flash mob and his proposal on Instagram.

GET READY FOR THE ALL TIME GAG!!!!! Thank you to everyone who helped make this happen. @laurengerrie #moves crew @1.800.newbold @chipotlemexicangrill @plural_newyorkcity @seandon212

Judging by the video, it looked like Marc and Charly were just finishing up dinner when the flash mob and the burrito-rollers behind the counter doing their thing. In this clip, Charly looked genuinely surprised when his guy drops to one knee and busts out the ring.

It’s an especially impressively cute proposal when you consider that THE Marc Jacobs had hired the flash mob team, get the Chipotle crew to bump that song as they were finishing dinner, and find someone to film the moment when he dropped down on one knee. Ah, to be in love <3

HAPPY BIRTHDAY to the love of my life!!! @chardefrancesco

Happy Birthday to someone who's back I always have. Who always has mine. My ride or die, my love. Happy birthday @themarcjacobs

Another Newbold exclusive. @1.800.newbold @themarcjacobs and I are totally normal people. Look we grocery shop.

From attending fashion shows together to doing silly stuff in public, the pair who began dating in 2015 is clearly besotted with each other. They are just so cute! Before that, the fashion designer was in a relationship with bike designer Lorenzo Martone.

And ooh, check out Charly’s gigantic blinged-out ring in the video taken from his Instagram Story below: