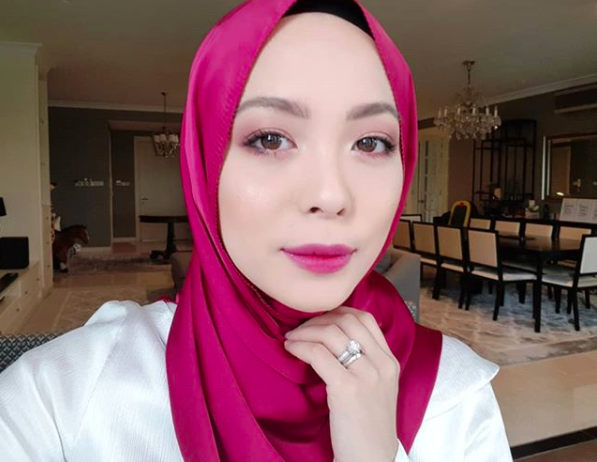 Internet personality and founder of leading online retailer Fashion Valet, Vivy Yusof, has announced that she is currently expecting her third child with husband Fadza Anuar.

She made the revelation via her second column on NST, titled “Plan V: I’m pregnant!”.

Baby number 3 wants to say hello. ❤ #blessed #fadzaitsyoursfyi 😂 Read about my journey so far on my Plan V article in @nstonline today!

In the article, Vivy Yusof claimed that the pregnancy didn’t happen overnight. “Over the months, I took so many pregnancy tests that I pretty much peaked all pharmacy sales for Clearblue sticks. The results were all negative, and stubborn old me blamed the sticks for malfunctioning. All 20 of them, all spoiled!”

She continued, “But one fine day, I took the test again and voila, a plus sign. I just sat down for a minute and took in the moment. Oh my goodness, I’m pregnant. Finally, a Clearblue stick that actually worked!”

The fashionista also revealed that her third pregnancy is not an easy one. “If in two pregnancies before, I was still Vivy, with this pregnancy, I have morphed into a new creature – let’s name her Pivy (pregnant Vivy).”

“Every morning, Pivy wakes up with a groan and a sigh. She refuses to dress up and only wants to wear her worn out kaftans. She can barely eat anything and only wants to lie down on the cold marble floor to stretch her aching back. She hates wearing make-up and meeting people. She doesn’t just have morning sickness – she has morning, afternoon, evening, and night sickness.”

Mariam’s birthday vlog is up on my YouTube Channel Vivy Yusof. Watch it! ❤️#jinhanmadeanappearance #exboyfriend #mariamimanshah

Throughout 8 years of being an employer, the style star claimed that she has seen many of her teammates morph into their own versions of Pivy and she just could not understand it then, since she has had relatively easy pregnancies and thought that they were “weak” – a trait she dislikes.

“And then, bam, Pivy came into my life. Oh, when karma hits, it hits hard,” Vivy asserted. The Forbes-listed entrepreneur also revealed that her doctor has prescribed her with some medications to help ease the pregnancy symptoms.

“There are so many women in our past who did it all – hustled their way through, pregnant and all. They ain’t got no time for morning sickness. Let’s follow in their footsteps and uphold the good name of strong-willed women.”