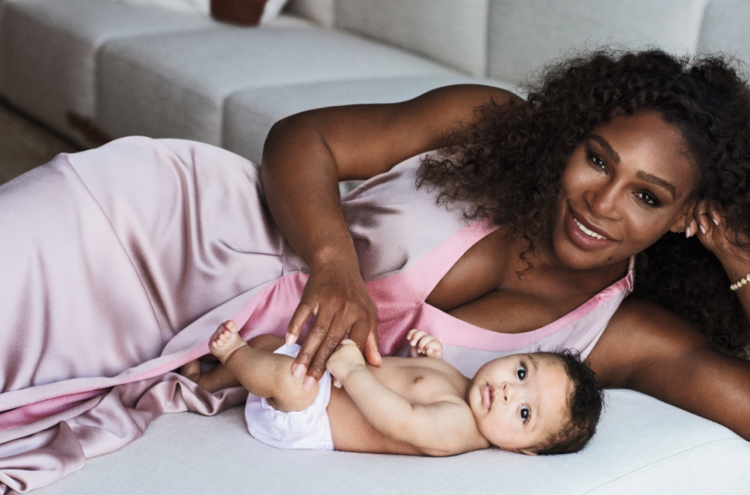 2017 has been a huge year for tennis star Serena Williams. Not only did she give birth to her daughter Alexis Olympia Jr. in September, she also married the love of her life, Reddit co-founder Alexis Ohanian, in a dreamy ceremony in November. And to kick off 2018 with a bang, Serena, together with her daughter, are Vogue‘s February 2018 cover stars.

Shot by Mario Testino, the gorgeous cover features Serena in a red leotard as she holds baby Alexis, now four months old, in one hand. But while all is great and the married couple are continuing to grow as new parents, Serena got real about childbirth complications in her accompanying interview with Vogue.

Alexis was born via an emergency C-section. Though the surgery was good, “everything went bad” after, Serena shares. She often deals with blood clots and as she was recovering, she felt a shortness of breath and alerted the nurse for a CT scan as well as a blood thinner immediately.

The nurse dismissed her demands, but then eventually gave her a CT scan only to find blood clots in her lungs. That was only the start to many other complications and she spent her first six weeks of motherhood bedridden as a result. As a matter of fact, this situation isn’t abnormal for black women who experience high rates of maternal mortality.

According to the American Center for Disease Control and Prevention, the likelihood of black mothers dying is three to four times to that of white mothers. An article by the American National Public Radio further attests that black women are “243% more likely to die from pregnancy- or childbirth-related causes.”

It’s scary, but it’s the reality of life and we’re so glad that both Serena and her daughter are much better now. By the way, have you seen Serena twerk to Rihanna and N.E.R.D’s “Lemon”?!

woke up to a champ brightening my day like….. @serenawilliams this song just got better thanks to you girl #Lemon 🍋🏆