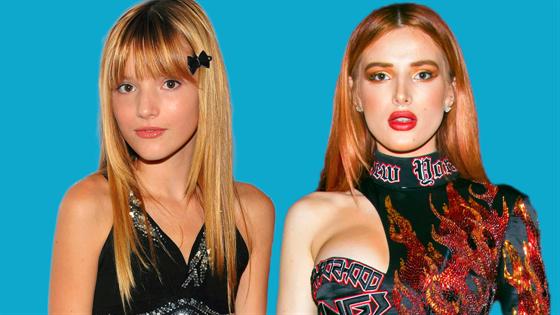 About a month ago, someone tweeted at former Shake It Up star Bella Thorne with an accusation that her work with Disney had somehow negatively impacted her life, adding “I think she was molested.”

Bella Thorne responded, saying that she had been molested but that it didn’t have anything to do with Disney.

Yeah I was. So it wasn't Disney https://t.co/rXasG4pqov

Yesterday, as the 2018 Golden Globes red carpet kicked off, the 20-year-old took to Instagram and shared that she was molested as a child.

“I was sexually abused and physically growing up from the day I can remember till I was 14..when I finally had the courage to lock my door at night and sit by it.”

She ends her post by saying that her abuse eventually stopped, “but some of us aren’t as lucky to get out alive.”

She also added “#TimesUp,” showing her support for the new anti-harassment initiative a number of women in Hollywood have launched to combat abuse in the workplace.

Just one day after opening up about her past sexual abuse, the starlet took to Instagram Stories and shared an emotional message with her supporters.

“I’m on Twitter reading about all the people sharing your sexual abuse stories with me from mine and I just want to say I’m really proud of all you guys,” she said through tears. “I’m really proud.”

#TruthHasAVoice STAY STONG GUYS, stay strong!! I believe you can do it, just please, dont give up, it'll get better, it'll stop , I promise you, just dont give up. @bellathorne pic.twitter.com/Z1BDFNlzx2

Stay strong Bella. We love you too ❤️