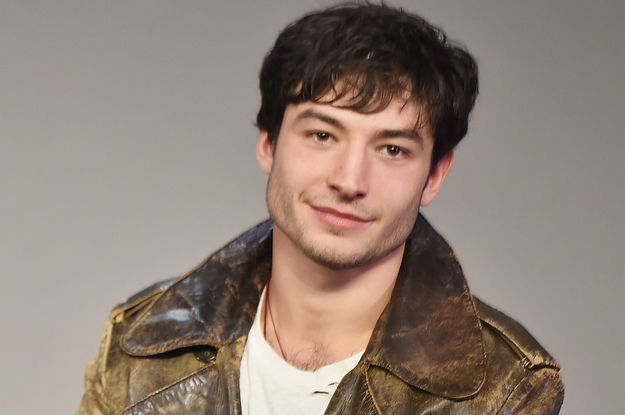 When Ezra Miller decided to come out and reveal his sexuality to the public, not many were supportive. That said, the actor who played superhero The Flash in hit blockbuster Justice League, clearly took those negative comments and used them as his source of motivation as he is now more invincible than ever.

Miller is showing naysayers who’s boss as The Flash will be the next DC superhero to get a standalone film and guess what? The actor didn’t just secure himself the leading role as Barry Allen in the 2020 Flash Point film; he will also be the first openly LBGTQ+ actor to lead a standalone superhero film in Hollywood history.

The 25 year old admitted that people discouraged him about coming out at first, “I won’t specify who. Folks in the industry, folks outside the industry. People I’ve never spoken to. They said there’s a reason so many gay, queer, gender-fluid people in Hollywood conceal their sexual identity, or their gender identity in their public image. I was told I had done a ‘silly’ thing in thwarting my own potential to be a leading man.”

Ezra, who also played an important character in the Harry Potter series spin-off Fantastic Beasts and Where to Find Them, made the decision to shed light on his queer identity in 2012, proudly admitting, “I’m queer. I have a lot of really wonderful friends who are of very different sexes and genders. I am very much in love with no one in particular.”

Reminiscing on his school days, Ezra admitted that he had trouble fitting in with his peers, “I was beginning to have questions about my sexuality and was starting to kiss boys sometimes,” he recalled, stating that the excruciating experience was indeed hard for him.

Now, Ezra has very much embraced his identity, declaring, “I’ve undamned my identity in the world.” Unlike his character The Flash, Ezra Miller surely has no intentions of hiding behind a superhero mask and we’re so proud of him!