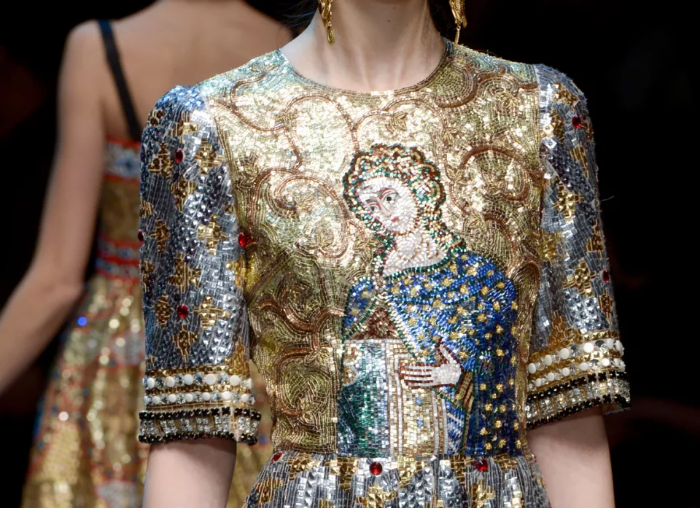 The theme for the one of the most highly anticipated fashion events of the year, the 2018 Met Gala, was just revealed as “Heavenly Bodies: Fashion and the Catholic Imagination”.

Every year, the star-studded event showcases A-list celebs strutting their stuff in inventive costumes according to the theme, and we’re intrigued as to how they will interpret this year’s theme. For 2018, Amal Clooney, Rihanna, and Donatella Versace will also be co-hosting alongside Vogue’s editor-in-chief, Anna Wintour, the chair of the event.

There’s no wondering why Rihanna landed a spot as Met Gala 2018’s honorary chair as she has time and time again slayed the previous Met Galas with her outstanding ensembles, including her 2017 Comme des Garçon’s fur-trimmed creation, and her highly talked about Chinese-inspired Guo Pei number in 2015.

Announced by The Costume Institute at the Metropolitan Museum of Art, the event’s 2018 theme is influenced by Catholic illustrations and garments. It was announced by Vogue earlier that the theme is “designed to create a dialogue between fashion and the masterworks of religious art in the museum’s holdings.”

Over 150 ensembles of designer garbs with religious inspiration will be displayed, including Met’s own collection and pieces by renowned designers such as John Galliano and Coco Chanel. The highlight of the spring exhibition features loaned ecclesiastical apparels from the Sistine Chapel sacristy that are said to be never seen outside of the Vatican.

Unlike the previous instalments, 2018’s exhibition will be distributed and displayed in three different locations: Met’s Costume Center, its medieval galleries and at the Met Cloisters, with the Vatican garbs being separately kept from the other fashion apparels.

The displayed apparels will be on display in 2018, beginning May 10 until October 8.