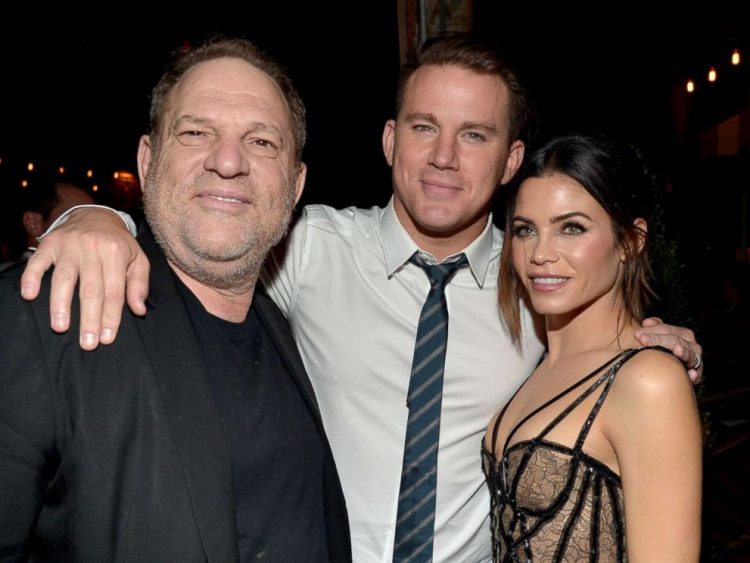 Some men have been standing up and speaking up about sexual harassment after the news of Harvey Weinstein‘s sexual assault allegations surfaced. But other men, like Channing Tatum, is taking a step forward by severing ties with The Weinstein Company.

Channing Tatum took to Facebook to show his support to the survivors, saying that he would be halting a new film about sexual abuse, which is currently in development with The Weinstein Company. In his Facebook post, Tatum wrote, “The brave women who had the courage to stand up and speak their truth about Harvey Weinstein are true heroes to us. They are lifting the heavy bricks to build the equitable world we all deserve to live in.”

The Magic Mike also explained that he would be severing ties with the company, “Our lone project in development with TWC—Matthew Quick’s brilliant book, Forgive Me, Leonard Peacock— is a story about a boy whose life was torn asunder by sexual abuse. While we will no longer develop it or anything else that is property of TWC, we are reminded of its powerful message of healing in the wake of tragedy.”

The actor continued, “This is a giant opportunity for real positive change that we proudly commit ourselves to. The truth is out—let’s finish what our incredible colleagues started and eliminate abuse from our creative culture once and for all.”

Forgive Me, Leonard Peacock is a novel about an outcast high school student who plans to shoot his ex-best friend and then kill himself on his 18th birthday.

The New York Times and The New Yorker sent a worldwide shock wave when the publications alleged movie mogul Harvey Weinstein for sexually assaulting and harassing women for over 30 years. After the articles were published, more than 50 women, including Angelina Jolie and Gwyneth Paltrow, have come forward to recount stories of harassment and assault by Weinstein (he apologised but denied all allegations of non-consensual sex).