Chrissy Teigen & John Legend Are Already Planning For Baby No. 2! 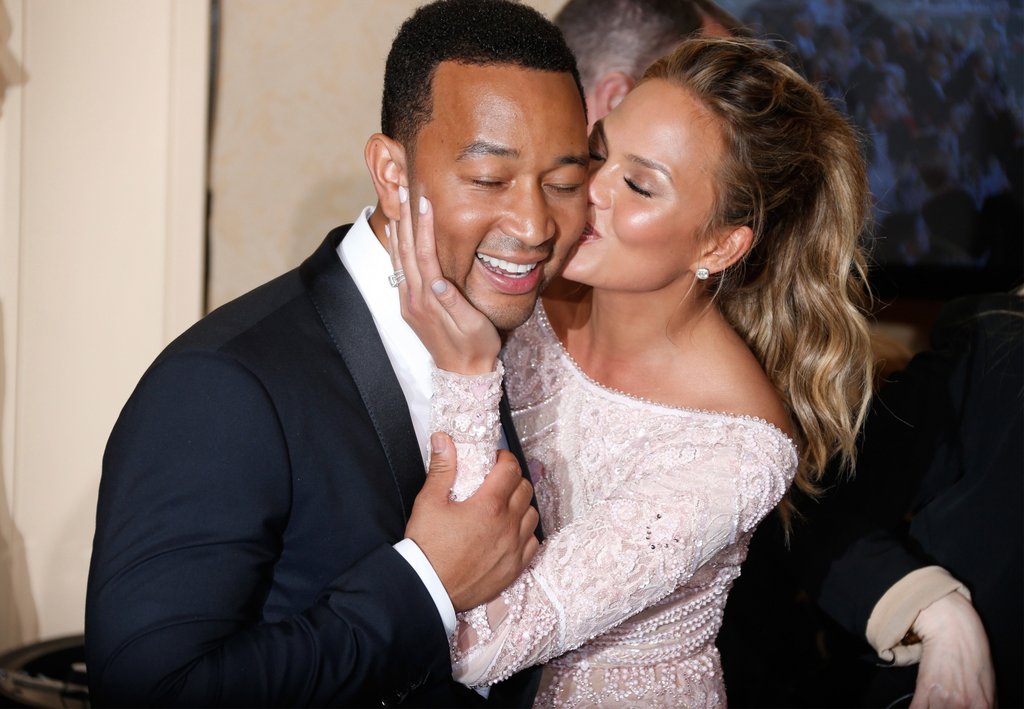 Chrissy Teigen revealed in InStyle‘s November cover story that she and husband John Legend will soon be attempting to get pregnant with their second child through in vitro fertilization.

The star has always been candid about undergoing IVF and her fertility struggles in trying to conceive Luna who is now 17 months old. The frozen embryo that Chrissy would be implanting within the coming months is the couple’s final one left from fertility treatments she went through a few years ago.

Do you know what to-day is #itsouranniversary ❤️

Chrissy, 31, reveals that she and John, 38, started with 20 embryos – but that number was soon narrowed down to three after screening and based on what was “going to be good for [my] body.”

“The first little girl didn’t work, and then the second is Luna,” she explains. Chrissy also talked about her battle with postpartum depression, which she said was hard for her to comprehend at first.

“I thought I was just being a selfish a—hole,” she says, sharing that it reached a point where she was staying home with the curtains drawn before being formally diagnosed. “It wasn’t just a mental thing of, you know, ‘I’m sad,’ ” Chrissy recalls. “I actually couldn’t move.”

Time for a zoo visit! #LunasFirstTour

Chrissy first opened up about her struggle with post-partum depression back in April, in an essay for Glamour that revealed she had been prescribed an antidepressant and planned to begin seeing a therapist. The Lip Sync Battle host also praised her husband in the new interview “I’m much luckier to have John’s personality in my life than he is to have mine.”

Either way, we’re glad that little Luna might be a big sister soon! Good luck, you three.