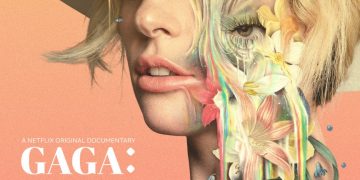 “Gaga: Five Foot Two” Unveils The Dark Side Of Lady Gaga Nobody Would Have Guessed

“Gaga: Five Foot Two” Unveils The Dark Side Of Lady Gaga Nobody Would Have Guessed

Directed by Emmy-nominated filmmaker Chris Moukarbel, the documentary is described by the streaming service in a release as “an intimate and unfettered portrait of a year in the life of Lady Gaga.”

The mega star shared a series of videos on the project, due Sept. 22, each one revealing a glimpse into aspects of what seems to be her experiences leading up to her Super Bowl performance and more.

In one, we see her hanging from stunt wires in one of her Super Bowl performance costumes, and in another, we see the bare-faced singer at a doctor’s office. “Let’s try to get out of this intense pain that’s in your face,” the doctor says, suggesting a treatment plan for a broken-down looking Gaga.

“I’m alone… every night,” she says, crying. “And all these people will leave… and I’ll be alone. I go from everyone touching me all day and talking at me all day to total silence.”

And in the final clip, which revealed the Netflix release date, we start to hear some juicy details about Gaga’s thoughts on Madonna before the clip cuts off.

“The thing with like me and Madonna for example, is that, I admired her always. And I still admire her, no matter what she might think of me,” she says in the clip. “The only thing that really bothers me about her is that –”

The singer has also been using the #GagaFiveFootTwo hashtag to promote the teaser clips on her Twitter account, along with a (not super insightful) message: “I’m known for being larger than life, but really I’m just… #GagaFiveFootTwo”

I'm known for being larger than life, but really I'm just… #GagaFiveFootTwo