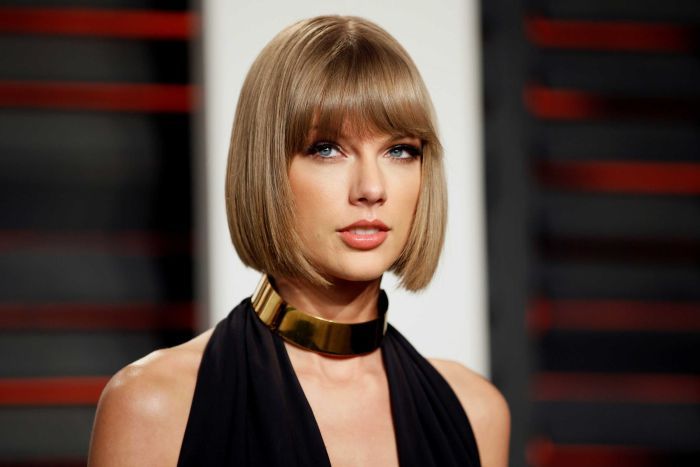 Taylor Swift‘s sexual assault case has been ongoing, and in the fourth day of her federal trial, the 27-year-old singer had to tell jurors repeatedly how the former KYGO radio DJ, David Mueller, grabbed her bottom during a 2013 meet-and-greet in Denver.

She didn’t remember how long her bottom was latched onto by the DJ, whom she testified to have appeared intoxicated, but said, “it was a definite grab, long enough to be completely sure that it was intentional”.

She was also grilled about her feelings towards Mueller losing his job because of these allegations, and countered saying, “I am not going to allow your client make me feel like in any way it’s my fault because it isn’t.”

Mueller’s attorney further pressed Taylor on whether or not she was sure it was him who grabbed her butt, to which she responded, “He had a handful of my ass. I know it was him. I didn’t need a photograph. I could have picked him out of a line of a thousand people. I know exactly who did this, what happened. It happened to me. I know it was him.”

Taylor Swift’s mother sobbed as she too testified against the DJ. She sobbed as she talked about the moment she was told her daughter had been groped, saying she knew something was “horribly wrong” as she stepped into Taylor’s dressing room.

Andrea, 59, said: “I saw her face. I could see that there was something horribly wrong. She [Swift] said, ‘Mom, a guy just grabbed my ass’.” She also added that Swift felt “destroyed” after.

She detailed: “One of the things I think that stuck with me [about that night] was that [Taylor] couldn’t believe that after the incident, after he grabbed her, that she thanked him for being there.

“She said thank you. It was destroying her that she said that after someone did that to her. It made me question why I taught her to be so polite in that moment.” The 59-year-old also explained that they didn’t immediately report the incident as she didn’t want her daughter to “endlessly relive” the moment.

When asked whether Andrea had questioned Swift’s bodyguard about the alleged grope, she replied, “I wasn’t going around checking things out. I knew what happened. I had heard it from her. I heard it from my daughter’s mouth.”

She told the court, “I was upset to the point where I felt like I wanted to vomit and cry at the same time. Emotions evolve but I was far more upset and trying to be attentive to my daughter than I was consumed with anger.”

Mueller, who was countersued for $1, testified and said, “I’m here to prove that I’m innocent. I had a good reputation in radio and I would like to get it back.”

He initially sued Swift for a $3 million award but then decided that restoring his name and resuming his career in radio is more important.

He acknowledged that the position of his hand in the photo is “weird and awkward” but defended himself saying he did not grope her. Instead, he said he touched her “rib or ribcage” accidentally.

The case is still ongoing.