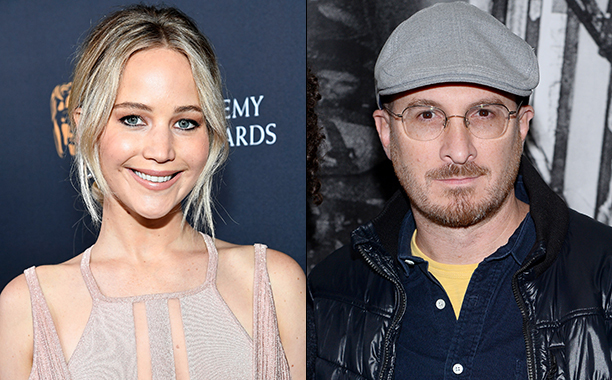 Vogue magazine celebrates its major milestone for its 125th year in print, and has chosen their main girl Jennifer Lawrence to appear on not one, but four covers of the magazine, commissioning four artists, photographers, Bruce Weber, Annie Leibovitz, Inez and Vinoodh, as well as painter John Currin to come up with their own aesthetic take on the actress.

In her accompanying interview with Vogue, she also finally spilled the beans and confirmed her relationship with Darren Aronofsky, which has been in the rumour mill for a long time now.The 26-year-old Oscar winner had successfully kept a low profile on their relationship though they have been photographed together on multiple occasions.

She gushed, “We had energy … I had energy for him,” adding, “I don’t know how he felt about me.” Lawrence, who previously dated Coldplay frontman Chris Martin and Nicholas Hoult, mentioned, “For the past year, I’ve been dealing with him as just a human … I’ve been in relationships before where I am just confused. And I’m never confused with him.”

Funnily, she says of the Mother! director Aronofsky, “I normally don’t like Harvard people, because they can’t go two minutes without mentioning that they went to Harvard. He’s not like that.” Aww..

On the reality of being in the public eye, especially regarding a video of her letting loose in a strip club that went viral in May, she griped, ““My biggest fear from that whole thing was that people were going to think that I was trying to be sexy.”

“Also, it looked like I had taken my shirt off. I was in a crop top. I did not take off my shirt. I’m on the phone with my lawyers, and everybody’s like, ‘Is there anything we need to know before it comes out?’ And I’m like, ‘No, it’s all there.’”

“It’s scary when you feel the whole world judges you,” Lawrence made clear. “I think people saw [the hacking] for what it was, which was a sex crime, but that feeling, I haven’t been able to get rid of it. Having your privacy violated constantly isn’t a problem if you’re perfect. But if you’re human, it’s terrifying. When my publicist calls me, I’m like, ‘Oh, my God, what is it?’ Even when it’s nothing. I’m always waiting to get blindsided again.”

She explains, “I’m happy to meet people, give autographs, shake hands, and say ‘Thank you.’” “I wouldn’t have a job if people weren’t going to see my movies. It’s just … if I’m on an aeroplane and I have no makeup on, I don’t want to take a selfie that’s going to end up on E!”

You’d think that her home may be her safe place to hide out from all this craziness, but she has hilariously nullified that notion too.

“When I first moved in, the house was crystalled out — crystals everywhere, and geodes, and I was like, ‘Please get rid of these; I don’t want people to come over here and think I’m a crystal person,’” she laughed.

“Not that there’s anything wrong with that! But everyone told me, ‘You can’t do that. You can’t move them. You have to have the crystal lady who put them in move them,’” she said. “I just had all the crystals yanked out. Sold them. And then my f — king house flooded.”

The September issue has arrived, starring #JenniferLawrence on four different covers! See them all: https://t.co/uYQUkuaUel pic.twitter.com/WnhScFFpIa

Speaking of which, have you watched Lawrence in the trailer for Darren Aronofsky’s Mother!?