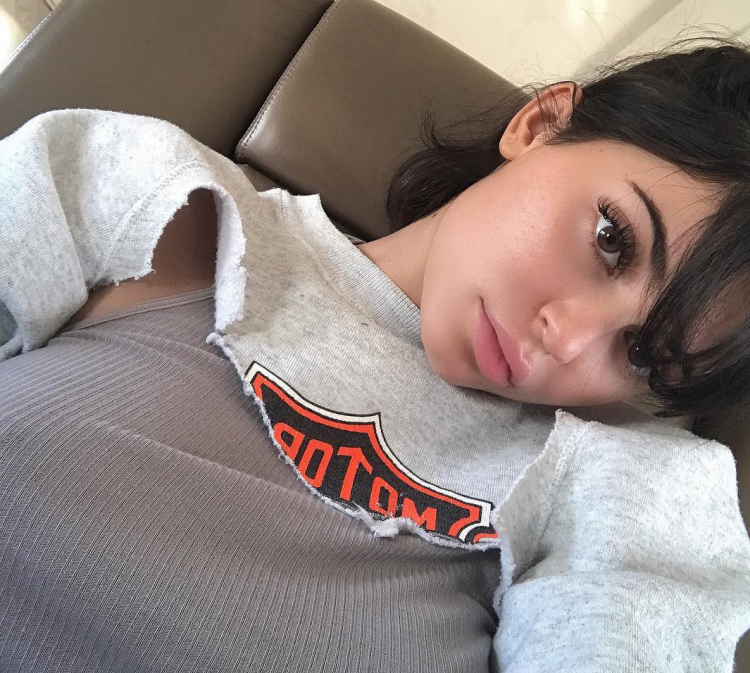 Say what you will or hate on her all you want, but no one can deny Kylie Jenner‘s success. Come on, the 19-year-old social media mogul and entrepreneur has even been named in the Forbes Celebrity 100 List, coming out as the youngest celeb entry.

Her influence is naturally indisputable, so when she took to social media over the weekend wearing a super-duper short cropped sweater that literally looks like the remnants of fabric that was unfortunately chewed up by a dog, the internet was set ablaze with comments.

The top clearly looks extreme as the bottom half, other than the neckline and arms, is non-existent and even the Harley Davidson logo on the sweater is nearly unidentifiable. The design, by Sami Miro Vintage, also made us do a double-take when she wore it again on Snapchat.

Netizens on Twitter also made jokes over her next-level look, saying they don’t know how she was not able to afford the rest of the sweater considering she’s really loaded. For all you naysayers, don’t speak too soon as we reckon other people will be DIY-ing their own versions pronto!

@KylieJenner you’re rich and you can’t afford the bottom half of your sweatshirt? #fashshun pic.twitter.com/mehJMegDLf