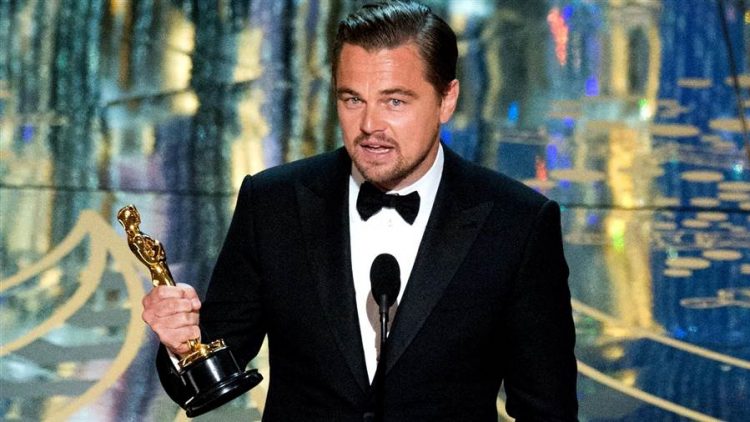 Leonardo DiCaprio made headlines today as the Department of Justice confiscated one of his Oscars (not his 2016 one, the one he bought through a dodgy production company).

Turns out, Leo had acquired Marlon Brando’s original Oscar statuette from the latter’s 1954 turn in On the Waterfront. Red Granite Pictures (producers of Dumb and Dumber To & Daddy’s Home) hooked DiCaprio up with the golden man. He was also reported to have helped hide money from high-level Malaysian corruption.

According to the Department of Justice, they’re trying to trace tens of millions of dollars through Red Granite (and other Malaysian-backed production houses), specifically through extravagant celebrity gifts like diamonds, priceless art, and yes, a wayward Oscar. Another celeb wrapped up in all this: model Miranda Kerr, who was said to have received tons of diamonds from Malaysian financier Jho Low.

Though Leo didn’t star in any of Red Granite’s films, Wolf of Wall Street also received financing from a Malaysian production company. According to the Hollywood Reporter, Leo received other gifts including a Picasso painting purchased for USD $3.28 million, a photograph by Diane Arbus purchased for $750,000, and a Jean-Michel Basquiat collage purchased for $9,191,040.

This investigation sounds crazy on paper, like, Hollywood script crazy. But hey, it’s as if Leo’s starring in a real life version of Wolf of Wall Street.