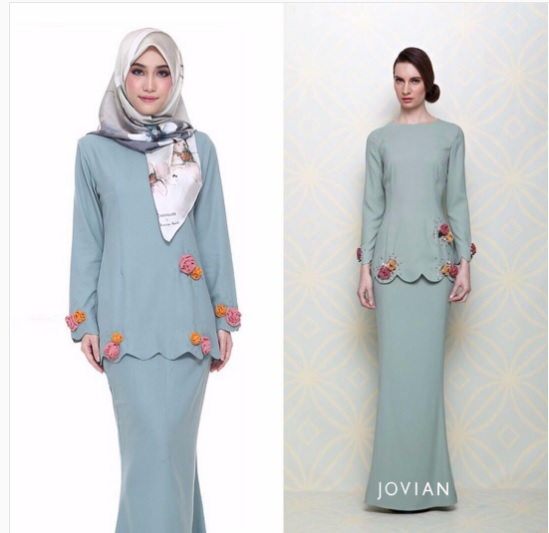 Jovian Mandagie is a revered designer within the local fashion scene. Recently, the celebrity fashion designer posted a picture of one of his designs from his #LisaSurihaniForJovian 2013 collection in comparison with a dress by Instagram famous brand  Asyalliee by Shasya Habib, calling out the brand for copying his past designs on his Instagram account.

In his caption directed to Asyalliee by Shasya Habib, the designer wrote that he does not intend to bring down the brand but hopes that Asyalliee would be wiser with their designs in the future.

“My advise to fellow designers and business owners out there, there are thousands of inspirations for you to take on, and you have all the freedom to pick whichever you want to refer to, but at least have the effort to improvise a little bit.” he said.

“I don’t plan on taking this to court, I know there are other gains for me elsewhere and I only plan on bringing this to light here.” Jovian continued.

The founder of Asyalliee (Asyalliee Ahmad) responded to Jovian’s allegation with the following Instagram post, firmly standing her ground that her brand did not copy Jovian’s designs as the design in particular was bought by the brand. “We bought the design from an open market and it did not belong to anyone at the time.”

Asyalliee explained that there is no issue over anyone copying anyone’s designs as the design in particular was released officially under the Asyalliee by Shasya Habib brand. Which, TBH, is quite dodgy. “FYI, a product can be labelled as fake only when it’s produced under the same collection, using the same label.” We aren’t open to buying counterfeit products, but that explanation isn’t helping Asyalliee by Shasya Habib’s case, if you ask us.

Also, we can’t help but notice how Asyalliee by Shasya Habib’s design looks eerily similar to Jovian’s design from 2013. It’s even on the same colour spectrum! That can’t just be a coincidence now, can it? The jury’s still out on this one, but the crowd seems to be on Jovian’s side and it isn’t hard to figure out why.

This isn’t the first time Asyalliee by Shasya Habib has come under fire for copying designs. Back in 2016, the brand was accused by a Fatheena, a local hijab brand, of copying the design of their signature World Map hijab.