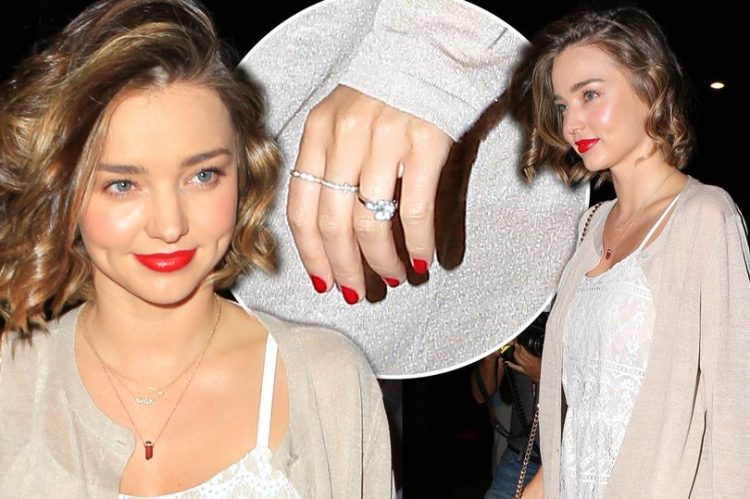 Miranda Kerr, 34, and Evan Spiegel, 26, who met at a Louis Vuitton dinner party back in 2014, have officially tied the knot in an intimate ceremony!

Prior to the pair’s nuptials, numerous publications discovered a huge, white marquee being erected in their Brentwood mansion. Caterers and employees were seen preparing for a big celebration in the backyard, while guests were spotted arriving at the lavish Los Angeles residence on Saturday evening.

The couple have lived in the luxurious Los Angeles suburb since they bought the Brentwood mansion last year for a hefty USD 12 million (RM 51.2 million). Around 50 guests attended the extremely private ceremony including Kerr’s grandparents, who were flown in from her hometown of Gunnedah, NSW.

Guests were picked up from secret checkpoints around the city before being driven to the house in black limousines with tinted windows. Female attendees were seen donning colourful floor-length dresses while the men wore suits.

A florist was also photographed bringing buckets of pink roses into the house this morning. Despite the small guest list, the wedding was a luxurious affair. “The wedding and reception are intimate, but lavish and classy. Miranda has been very involved. She has great taste and knew exactly what she wanted. She is very sweet. She is ecstatic to marry Evan,” disclosed a source.

While announcing their engagement on July last year, Miranda Kerr took the chance to reveal the peculiar story behind the proposal. “He said to me, ‘Miranda, I’m telling you now, this is the first and last time I’m going to kneel down in front of you’. I was terribly nervous and emotional, trembling with happiness,” she added.

The supermodel also previously dished that she and Snapchat CEO, (who may or may not be a virgin) are waiting until after they’re married to have sex. “My partner is very traditional,” she said, adding, “We can’t. I mean we’re just..waiting.”

Well, looks like the wait is finally over. And congratulations to the beautiful pair! ❤️