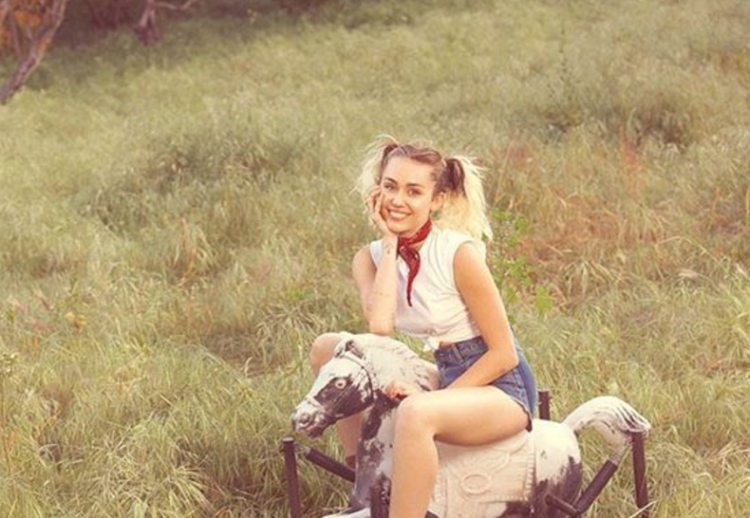 Even the brightest stars have their dark days, and from donning a weed printed bodysuit to her raunchy 2013 MTV Music Awards performance, Miley Cyrus has certainly had her fair share of that. With that said, she’s now in a much better place and in a recent interview with Billboard Magazine for its latest issue, she tells all.

The 24-year-old singer, who says she’s “evolving”, has been an advocate for marijuana over the last few years, but discloses that she’s now clean. “I haven’t smoked weed in three weeks, which is the longest I’ve ever [gone without it],” she revealed. “I’m not doing drugs, I’m not drinking, I’m completely clean right now! That was just something that I wanted to do.”

In a different place now, she has even dropped a love ballad for her fiancé Liam Hemsworth titled “Malibu” to be dropped on May 11, in which she says is totally different from everything else she has ever recorded. Though her engagement with Hemsworth ended in 2013, they rekindled their romance in 2016, admitting they had to “refall for each other.”

Her split with Hemsworth hit her so hard that she had to find herself once more, recalling ““I needed to change so much. And changing with someone else not changing like that is too hard.” “Suddenly you’re like, ‘I don’t recognise you anymore.’ We had to refall for each other.”

Cyrus now shares a Malibu home with Hemsworth, together with their two pigs, seven dogs and two miniature horses. He purchased the property in 2014, where Cyrus has now built Rainbow Land, her recording studio.