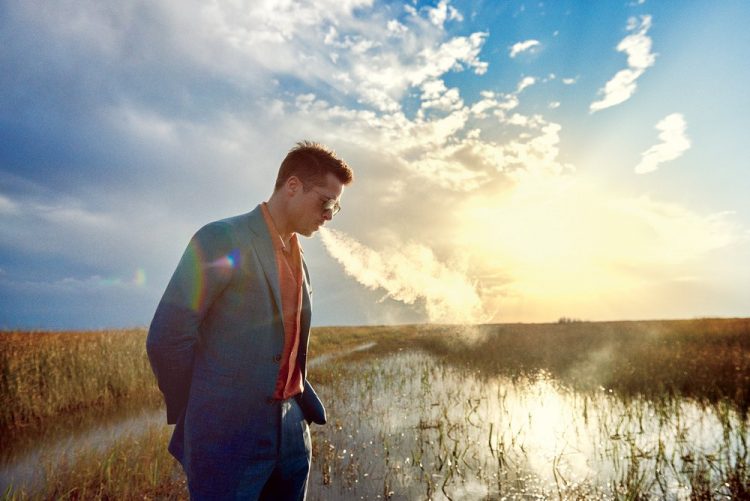 Hollywood hunk, Brad Pitt has finally opened up about his divorce with Angelina Jolie which literally shook the world last year. In his first interview with GQ Style since the shocking split, the actor disclosed he’s gone into therapy and admitted the divorce was self-inflicted.

“I hit the lottery and I still would waste my time on those hollow pursuits,” he added, “The split was self-inflicted. If you love someone, set them free. Now I know what it means, by feeling it. It means to love without ownership. It means expecting nothing in return. It doesn’t mean f**k all to me until, you know. Until you live it.”

The 53-year-old has quit booze since he was dumped, admitting it had become a problem during his marriage. “I mean, we have a winery. I enjoy wine very, very much, but I just ran it to the ground. I had to step away for a minute,” he said.

“And truthfully I could drink a Russian under the table with his own vodka. I was a professional. I mean I stopped everything except boozing when I started my family. But even this last year, you know, things I wasn’t dealing with. I was boozing too much. It’s just become a problem.”

Pitt has since been cleared of the abuse charges, but it clearly took a toll on him. “I was really on my back and chained to a system when Child Services was called. And you know, after that, we’ve been able to work together to sort this out,” he explained.

“We’re both doing our best. I heard one lawyer say, ‘No one wins in court — it’s just a matter of who gets hurt worse.’ And it seems to be true, you spend a year just focused on building a case to prove your point and why you’re right and why they’re wrong, and it’s just an investment in vitriolic hatred.”

Following the split, the skinny-looking actor crashed at a friend’s place in Santa Monica, deeming the Hollywood Hills home he’s lived in since 1994 too sad of a place to be. “This house was always chaotic and crazy, voices and bangs coming from everywhere, and then, as you see, there are days like this: very, very solemn,” he shared.

While the initial split was messy, it’s believed their divorce is now playing out behind closed doors as the pair work with a private lawyer. Brad Pitt is hoping to be granted joint custody of their children, Maddox, 15, Pax, 13, Zahara, 12, Shiloh, 10, and twins Vivienne and Knox, 8.

Check out what Angelina Jolie said when she first opened up about the divorce.