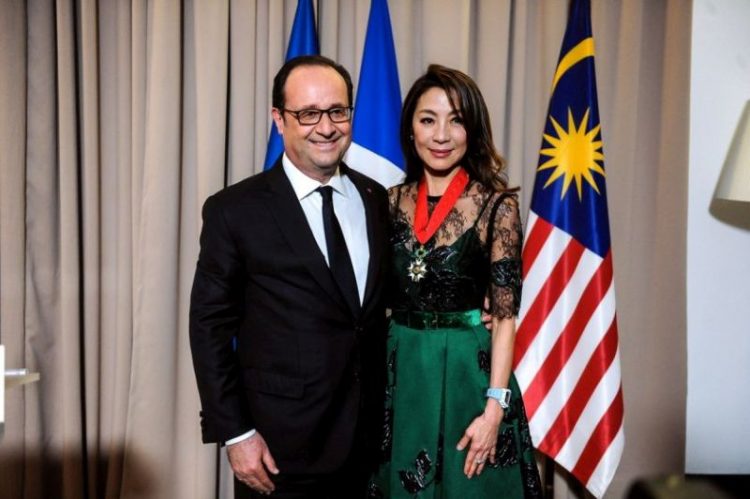 Award-winning actress Tan Sri Michelle Yeoh, who shot to fame for her role in the 1997 James Bond film Tomorrow Never Dies, has just been privileged with her third Legion d’Honneur (Legion of Honour) award for her endless contribution to the culture and movie industry.

Awarded by the French President Francois Hollande at the French ambassador’s residence in Kuala Lumpur, the 54-year-old actress was also previously honoured the Knight and Officer of the distinguished award in 2007 and 2012 respectively.

Dressed in an emerald green Elie Saab dress, Yeoh said about the award, “I am overwhelmed and so deeply honoured… in his very, very tight schedule, for President Hollande to do this, I am truly honoured.”

The award was created by French military leader and Emperor Napoleon Bonaparte in 1802 to acknowledge the French and foreigners for their services to France or the causes supported by the country. It comprises five levels – Chevalier (Knight), Officier (Officer), Commandeur (Commander), Grand Officier (Grand Officer) and Grand’Croix (Grand Cross).

Other Malaysians who have gotten the Legion d’Honneur award include AirAsia group chief executive officer Tan Sri Tony Fernandes in 2010 and 2013, and Sultan of Terengganu Sultan Mizan Zainal Abidin in 2010. 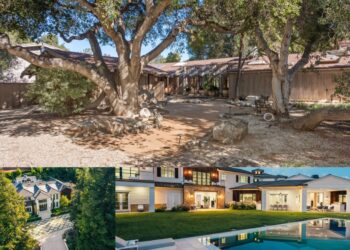