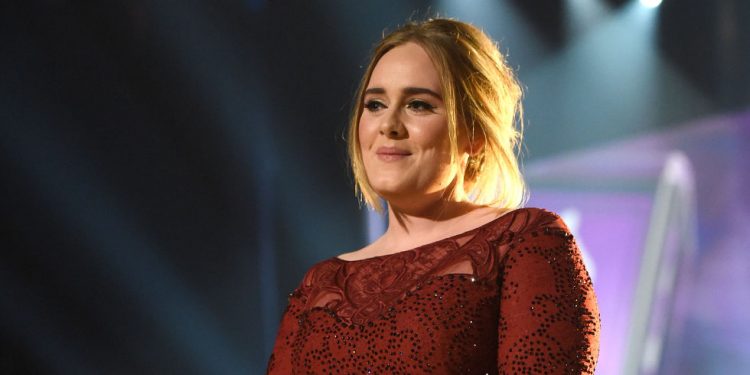 And now, for some heartbreaking news, Adele has announced that she might not be touring anymore.

During the middle of her final sold-out show in New Zealand, the Grammy winner opened up to the audience about her personal struggles with touring.

Evidently the singer has no problem filling up stadium arenas for months on end, but it seems as though the star isn’t quite fond of the gig.

Adele isn’t one who shies away from wearing her heart on her sleeve. At her last concert, she announced to the audience that “Touring isn’t something I’m good at,” she shared with the audience last night. “Applause makes me feel a bit vulnerable.”

Her latest revelation comes as a shock for those who are eagerly waiting to someday see the “Hometown Glory” crooner in person (ehem, us).

“I don’t know if I will ever tour again,” she added before concluding on a heartfelt thought. “The only reason I’ve toured is you. I’m not sure if touring is my bag.”

We’re pretty sure that it wasn’t a coincidence that it started pouring at Mt. Smart Stadium during Adele’s announcement and rained on a heartbroken but satisfied crowd. That’s pretty much the skies sobbing at the thought of never seeing Adele perform around the globe again.

While some of us would have to wait and see if her thoughts become a sad, sad reality, the lucky thousands will be on hand to witness Adele at Wembley Stadium for the final leg of her 15-month tour.

Adele Live will conclude in the first week of July and we’re hoping that it’s not the last we see of her. Please don’t leave us, Adele. #wecouldhavehaditall 😢