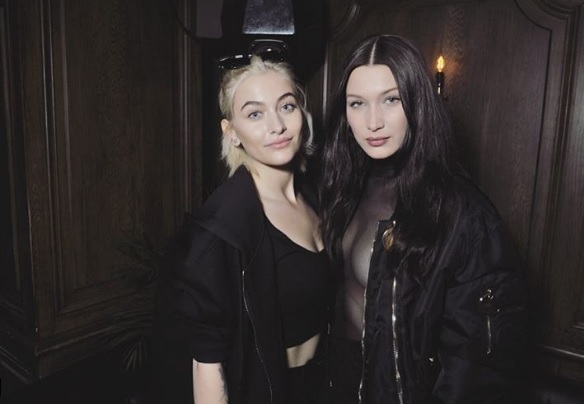 Paris Jackson could be set to take the fashion world by storm, following the news that she has been snapped up by top modelling agency, IMG Models.

Jackson announced her new model status by posting a photo on Instagram, which sees her striking a pose in an all-white outfit with her blonde crop styled into an edgy quiff to her 1.1 million followers, alongside the statement, “Thank you @imgmodels I feel very lucky and blessed.”

thank you @imgmodels i feel very lucky and blessed

The move sees the teenager join the ranks of some of the most famous faces in the world, including Gigi and Bella Hadid, Karlie Kloss and Gisele Bundchen, all of whom are also on the books at IMG. The agency also hit the headlines last month when it signed up the 13-year-old Stranger Things actress Millie Bobby Brown.

“This role is really opposite to me and, for it being my first real on-camera acting, I think it’s a good way for me to show my acting capabilities,” she added, “Shooting was fun, the second they saw me in hair and makeup, each one of them welcomed me.” Paris gushed in a behind-the-scenes video released by Fox Monday on YouTube.

Watch the video below: