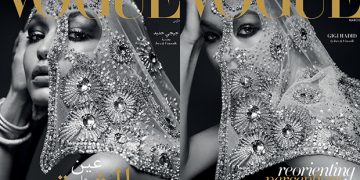 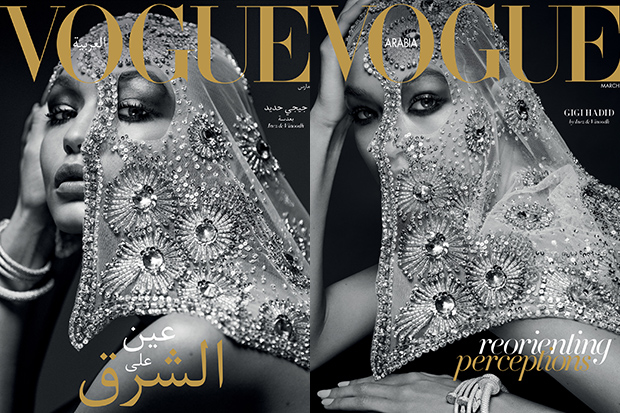 Gigi Hadid has taken several big steps in her modeling career over the past couple of years. But this time, the big step she’s undertaking holds a very personal sentiment.

The model covers Vogue Arabia‘s very first issue as she celebrates her Palestinian roots while posing in a jewel-embroidered headscarf.

I think the beautiful thing about there being international Vogue's is that, as a fashion community, we are able to celebrate, and share with the world, different cultures. Being half-Palestinian, it means the world to me to be on the first-ever cover(s) of @voguearabia, and I hope that this magazine will show another layer of the fashion industry's desire to continue to accept, celebrate, and incorporate all people & customs and make everyone feel like they have fashion images and moments they can relate to… & learn and grow in doing so. ❤ Thank you @deenathe1st for your vision and for having me on this cover… by the incredible @inezandvinoodh – so much love.

She continued, thanking those involved in helping with making the cover. “Thank you @deenathe1st for your vision and for having me on this cover… by the incredible @inezandvinoodh – so much love.”

ICYMI, Gigi Hadid is the daughter of Yolanda Hadid and Palestinian real estate developer and mogul Mohamed Hadid. Gigi’s discussed her background in past interviews and on social media.

For example, in 2015, she shared photos of henna tattoos on her hands and stopped any critics it their footsteps.

Had the best night with some of my oldest friends last night. Feel so blessed to have a foundation of friendships that will bond us for the rest of our lives. The way we can all sit around and talk like the clock's been turned back 10 years is the most beautiful and grounding feeling. It's so important to be with the families that raised you and the friends that were raised with yours. So much love in my heart this holiday season !!!!! (& before you go all "cultural appropriation" in my comments, check out the last name. Hadid. Half Palestinian & proud of it).

Last year, she also told Gulf News about being Arab and visiting the Middle East.

“I love it here and I love going to places that remind me of my dad’s side of the family,” she told the publication. “I especially love it when you meet other Arabs. There’s such a sense of family regardless of whether you are blood related or not anywhere in the world. When someone comes up to me and they tell me, ‘I’m Palestinian’ and we make a connection, it’s beautiful.”

Congratulations are due to Vogue Arabia and Gigi Hadid on such a stunning first cover.