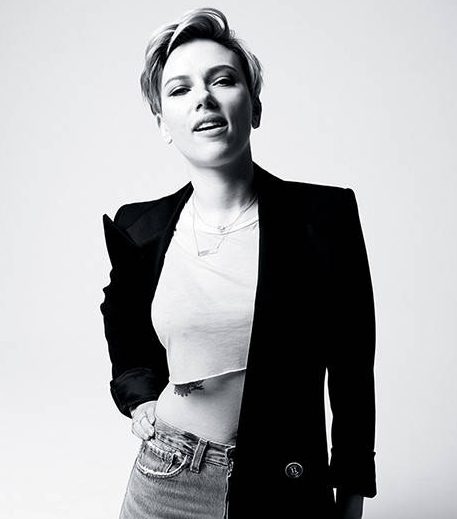 In a new interview with Playboy, the actress opens up about marriage, explaining that she doesn’t think it’s “natural to be a monogamous person.”

“I might be skewered for that, but I think it’s work. It’s a lot of work. And the fact that it is such work for so many people — for everyone — the fact of that proves that it is not a natural thing,” she added. “It’s something I have a lot of respect for and have participated in, but I think it definitely goes against some instinct to look beyond.”

The interview appears to have been conducted before reports of Johansson’s split from her second husband, Romain Duraic. The Ghost in the Shell actress, who shares a 2-year-old daughter with Duraic, was asked to comment on her views on marriages that don’t work out.

“I think marriage initially involves a lot of people who have nothing to do with your relationship, because it’s a legally binding contract, and that has a weight to it,” she answered. “Being married is different than not being married, and anybody who tells you that it’s the same is lying.”

While Johansson feels that monogamy is unnatural, she describes her relationship with her daughter, Rose, as profoundly impacting her life for the better.

“For me, it’s the best thing that has ever happened. Ever,” Johansson declared. “Somebody once described it to me as your heart growing this other chamber, and I think that’s really profoundly true. Your capacity to love something, at least in my experience, deepens to a whole other space. I think I was afraid that life would change, and it does; it dramatically changes. But I feel in a lot of ways more myself now than I did before.”

The actress even said that motherhood enabled her to care about her own happiness more. “I understand the importance of my own happiness now more than I did before,” Johansson added.

“Because you see how it affects somebody else, and you’re kind of like, If I’m not happy, then I can’t be in tip-top shape for this other person.”