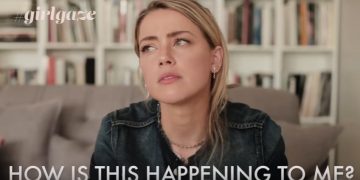 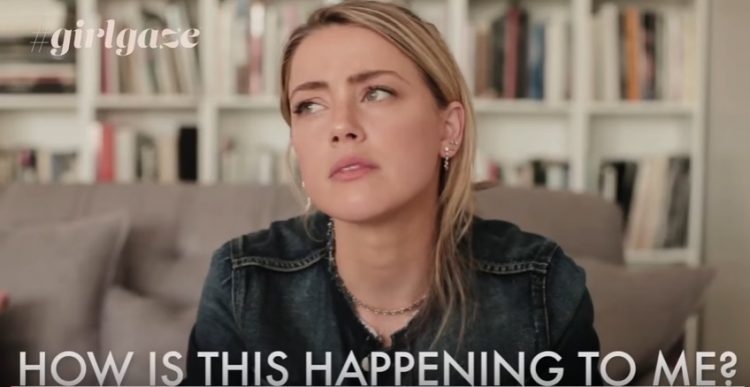 In an effort to raise awareness against domestic violence and in conjunction with International Day for the Elimination of Violence against Women, Justice League starlet Amber Heard joined forces with Girl Gaze TV for a PSA video whereby she gets candid on camera on her experience with domestic abuse, tearing up several times throughout the two-minute clip.

Although it’s clear that she’s speaking based on her recent divorce with Johnny Depp, whom she received money from by accusing him of abusing her throughout their short-lived marriage, the actress never mentions Depp in the video.

Well.. she couldn’t, actually. She is reportedly bound by a confidentiality clause on their divorce agreement, but we know who she’s directing the anger to.

Watch the video below:

The starlet remarks in the video, “There’s a lot of shame attached to the label of victim. It happens to so many women we know, and when it happens in your home behind closed doors with someone you love, it’s not straightforward, but if a stranger did this, it would be a no brainer.”

She urges girls and domestic violence victims everywhere to seek for companionship if they’ve been abused. Tell your friends, family members and those you really trust. “If I hadn’t had a few people that I really trust around me, a few women support, a few friends.. my life would be so different.”

She continues, “As a woman having gone through this in the public stage, I have a unique opportunity to remind other women that this doesn’t have to be the way it is,” she paused. “You don’t have to do it alone. You’re not alone, and we can change this.”

Despite the strong empowering message the video instills, Heard’s way of conveying it however, seemed pretentiously meh.

Instead of focusing on the message itself, netizens are somewhat enraged by the half-a**ed speech and her questionable acting skills, marking her as “fake” and a “liar”. One Youtube user even called the actress out on her previous case of domestic abuse in 2009, where Heard reportedly abused her former photographer girlfriend, Tasha Van Ree.

What do you think of the PSA video — Is it strong enough for you?