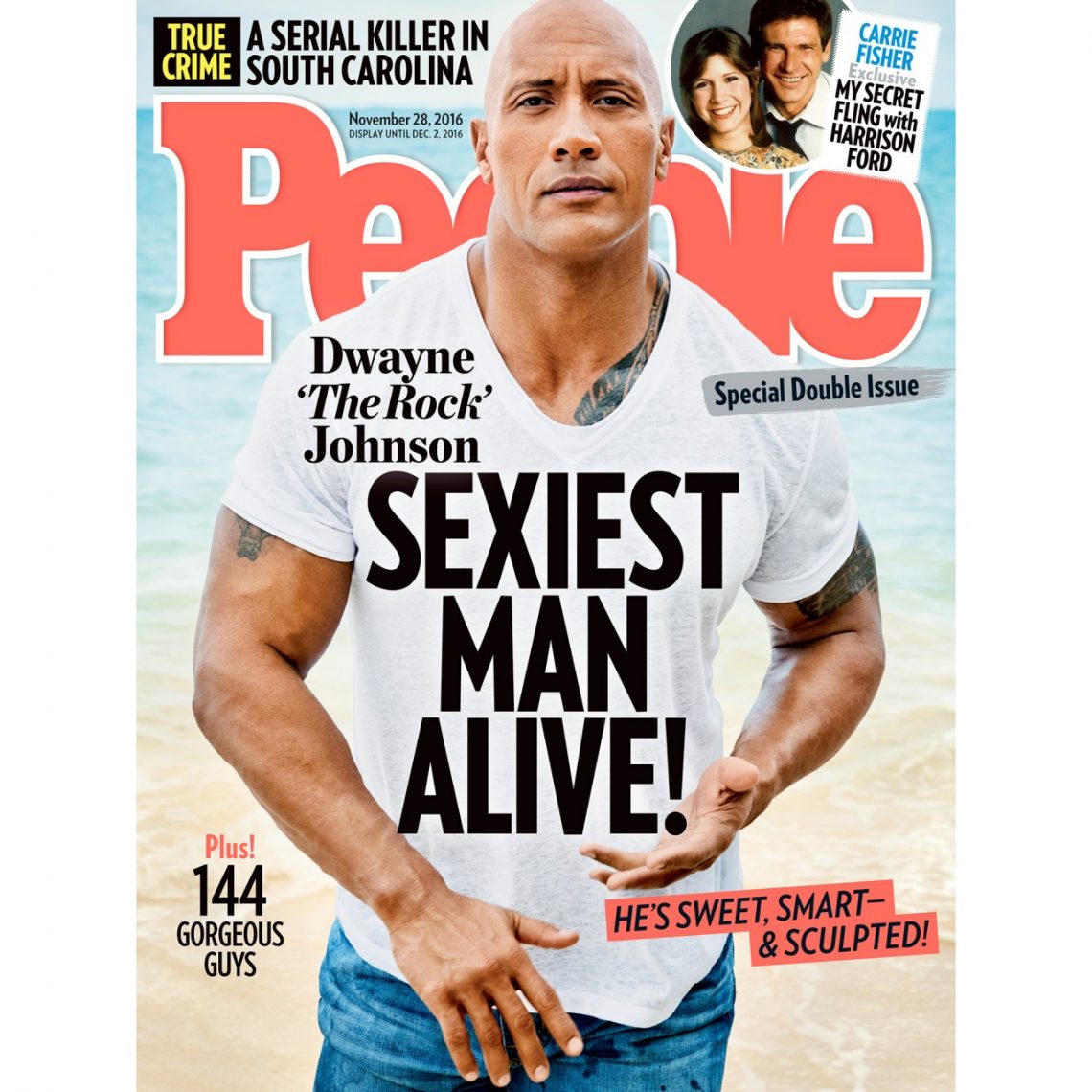 Dwayne Johnson, often known as The Rock, has made headlines for being named as People‘s Sexiest Man Alive for 2016. The actor has also taken the title of the World’s Highest Paid Actor earlier this year.

This 44-year-old actor shot to fame with his wresting career in the early ’90s and later on with hollywood hits such as The Mummy Returns and the Fast and the Furious franchise.

“Remember, sexy isn’t something you try and be. Sexy happens naturally when you’re comfortable just being yourself” the actor wrote on Instagram.

He also stated that his biggest priorities in his life are his long time girlfriend Lauren Hashian and two daughters, and they help him to stay grounded. Although Dwayne Johnson is in the epitome of success, he is often regarded as a very humble person.

His newest movie Moana, an animated comedy by Disney would hit the theatres on 23rd November and we wish him all the best. Congrats, The Rock! 😉