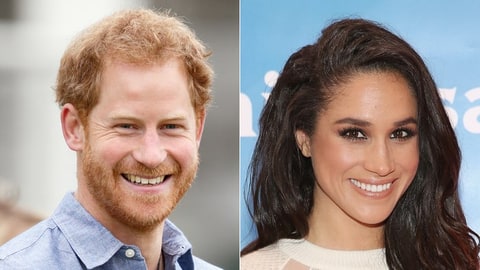 Prince Harry is without a doubt the most eligible bachelor in England.

However recently, the royal hunk has been rumoured to be dating American actress, Meghan Markle. Stunningly beautiful and not the usual blonde-socialite cookie cutter like his previous girlfriends, it’s not difficult to see why the prince’s heart might have been stolen by the 35-year-old Suits actress.

Some of his former flames include Chelsy Davy, Cressida Bonas and more..

The pair met in Canada during his promotional tour for the Invictus Games, where the American TV series Suits was filmed. One source claimed the fifth-in-line to the throne is intoxicated by her and he’s happier than he’s been for many years. He is said to be in a very relaxed period of his life and Meghan has come along at the right time. Aww!

Meghan Markle has made a number of secretive trips to London to see the Prince, where she has not only met his friends but has also received a nod by Prince William and Kate.

Although the low maintenance actress has kept mum about the relationship, Meghan couldn’t help herself from posting photos on Instagram. She uploaded an image that sparked speculation of the couple, in which she wears a blue bracelet that’s almost identical to one that Harry has been snapped wearing.

The prince probably picked them up during his visit to Africa recently. Tres sweet!

It’s hard to find a beau when you’re royalty. The Prince has previously spoken of difficulties of meeting a partner, lamenting that most of his former flames didn’t work out because their privacy was invaded thoroughly by the press.