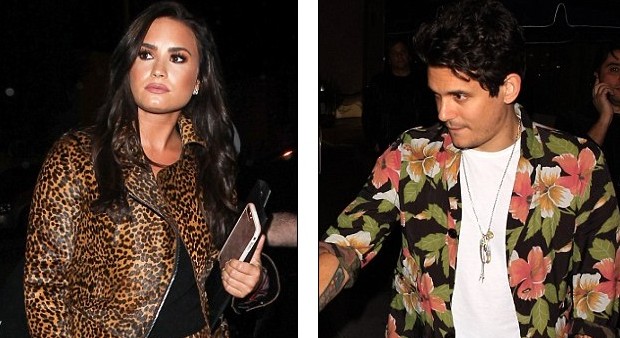 24-year-old songstress Demi Lovato who nearly engaged with longtime boyfriend Wilmer Valderrama but split in June, was spotted together with John Mayer in West Hollywood on Saturday night. Well, well!

The A-listers hung out at California’s new celeb hotspot, Catch L.A., where they arrived and exited the restaurant separately, but were enjoying each other’s company inside.

According to a source, John apparently “had his arm around Demi and was whispering sweet nothings into her ear. She was into it. They weren’t making out or anything, but she was giggling the whole time”.

We don’t know whether these two will ever make it official, but think about it–aren’t they perfect for each other? Lovato likes older men, Mayer likes famous women, and they both have enthralling business with Taylor Swift.