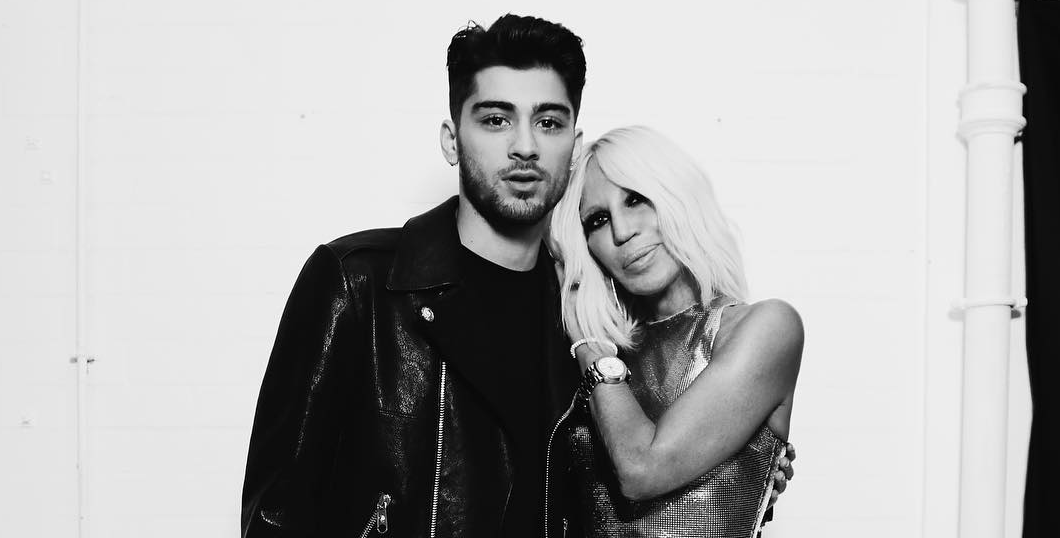 Donatella Versace has found her new designer for Versus, the younger, hipper Versace sibling line, except the designer in question isn’t actually a designer.. He is the 23-year-old R&B singer with a bad boy reputation, former One Direction member, and the boyfriend of supermodel Gigi Hadid – Zayn Malik.

The duo will be working on a capsule collection – Zayn x Versus – which will include men’s and women’s clothing, hitting stores and online in May next year.

Malik has some pretty big shoes to fill, especially since he’s following the footsteps of designer Anthony Vaccarello, Versace’s ex-creative director who left to join Yves Saint Laurent this year. Although he doesn’t have much experience in design, Versace seems to be confident in him:

“Versus is everything that the Versace line is not. It is loud, it is rebellious—I don’t want shoppers buying both from Versus and Versace. The houses have different souls. I wanted Zayn because he can help me talk to his followers. I want to listen to their language. I want to learn more about them, what they think and what they like. They are a new generation that without working with someone like Zayn, I will never reach.”

Zayn x Versus is surely bound to be a success, since Versace herself has claimed, “Many celebrities do clothing lines that just aren’t relevant.”