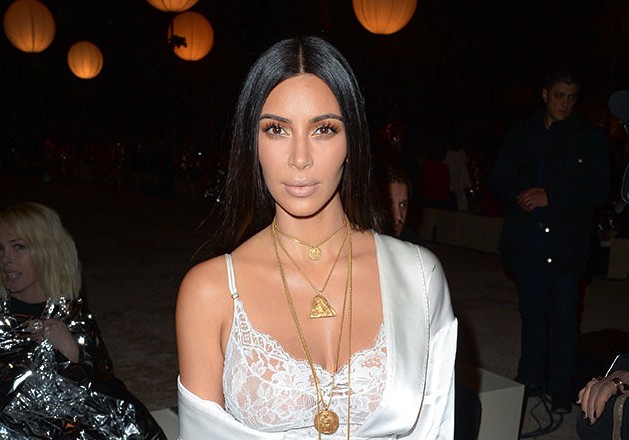 In a blink of an eye, the effervescent life of social media and reality star Kim Kardashian turned to grey as the 35-year-old Keeping Up With The Kardashians star was held up at gunpoint in her ‘No Address Hotel’ luxury apartment complex in Paris called l’Hotel de Pourtalès where she was attending Paris Fashion Week, and robbed of approximately $10 million in jewellery and mobile phones.

She apparently held up at gunpoint inside her Paris hotel room by two armed, masked men dressed as police officers. Her horrifying ordeal also included her being tied up with zip ties and duct tape, and then dumped in a marble bath tub. She also feared she would be rape during the terrifying time.

As to how they got in her exclusive hotel room, the French Interior Ministry said five men threatened a concierge with a weapon, handcuffed him and forced to give them entry.

Kim was badly shaken, but physically unharmed. For sure, it was beyond horrifying as she literally had to beg for her life, telling the robbers not to kill her, and that she has children.

Amongst the stolen goods include one of Kardashian’s rings, which she’s been flaunting everywhere on social media, worth an estimated $4.49 million.

During the time of the incident, her main bodyguard Pascal Duvier was with her sisters Kourtney and Kendall at a nightclub nearby her hotel.

Upon hearing about the incident, Kanye West cut short his performance at a music festival in New York to be by Kim’s side, announcing that he had a family emergency before he left the stage.

Some people have speculated that it was an inside job, but investigations are currently under way.

Kim has returned to New York City in a private jet today, and the couple returned to their Manhattan apartment flanked by a swarm of security. It seems the rest of the Kardashian family like Kourtney have also upped their security following the incident.

Many cruel trolls wished for Kim to be shot during the armed robbery on social media, but a ton of celebrities and personalities have quickly come to defend her, including Chrissy Teigen and James Corden.

People making jokes about @KimKardashian tonight would do well to remember that she’s a mother,a daughter,a wife,a friend.Be nice or shut up

Fame is interesting. Celebs are supposed to love you guys while also knowing you’d make a meme of our dead bodies to get retweets

Please do not think that I think celebrities are special snowflakes. I just miss empathy, in general, for everyone.

Feel very sorry for @KimKardashian. Must have been a terrifying experience. #Paris #robbery