Ludacris & Ciara Are Set To Host The 2016 Billboards Music Awards 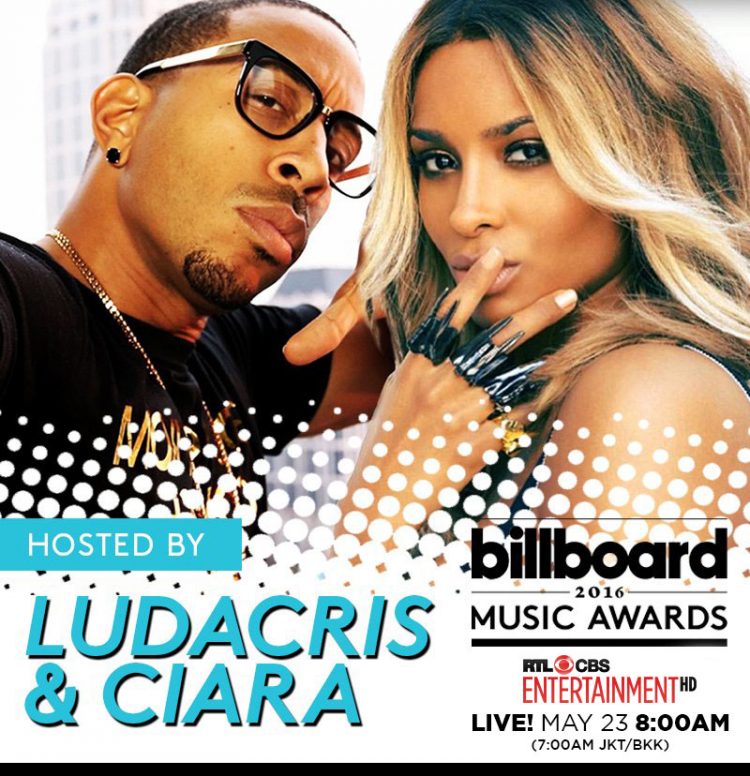 For the third year in a row, the 2016 Billboard Music Awards will be hosted by Grammy award-winning recording artist Ludacris. The only difference is this year, he will be joined by first-time host, international recording artist, and awesome dancer, Ciara. The award show is slated to move and be held at the brand new T-Mobile Arena in Las Vegas.

The “2016 Billboard Music Awards” will broadcast live on MONDAY, MAY 23 8am (7am JKT/BKK) on RTL CBS Entertainment HD. This year’s show will showcase big performances, unexpected collaborations and pop culture moments that will have everyone talking.

“The Billboard Music Awards is one of best award shows to honor chart success. My great friend Ludacris and I have also shared songs together on the Billboard chart,” said Ciara. “I look forward to sharing the stage with him on this special night. It will definitely be a night to remember!”

“It is my honor to host the Billboard Music Awards for the 3rd year and a pleasure to host with my good friend Ciara,” said Ludacris. “I’m looking forward to another great show in a new and exciting venue.”