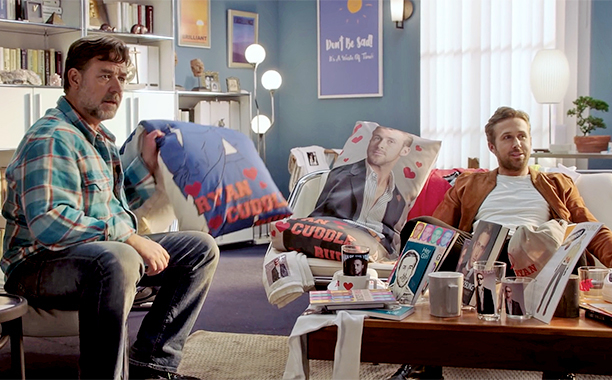 If you don’t already know, The Nice Guys, which is a new action-comedy that stars Ryan Gosling and Russell Crowe is slated to come out this summer and we’re all so very looking forward to it. Why? Well, we have a feeling the pairing of these two brilliant actors will result in comedy gold.

As part of the promo for their new movie, the pair recently released a footage of the two of them in therapy. The reason for being in therapy is because the actors’ relationship deteriorated so bad during filming.

Please take note that this footage is actually a comedy sketch! So, don’t get your panties in a twist! The Nice Guys is directed by Shane Black and also stars Matt Bomer, and Kim Basinger to name a few.

Check out the fun video below: