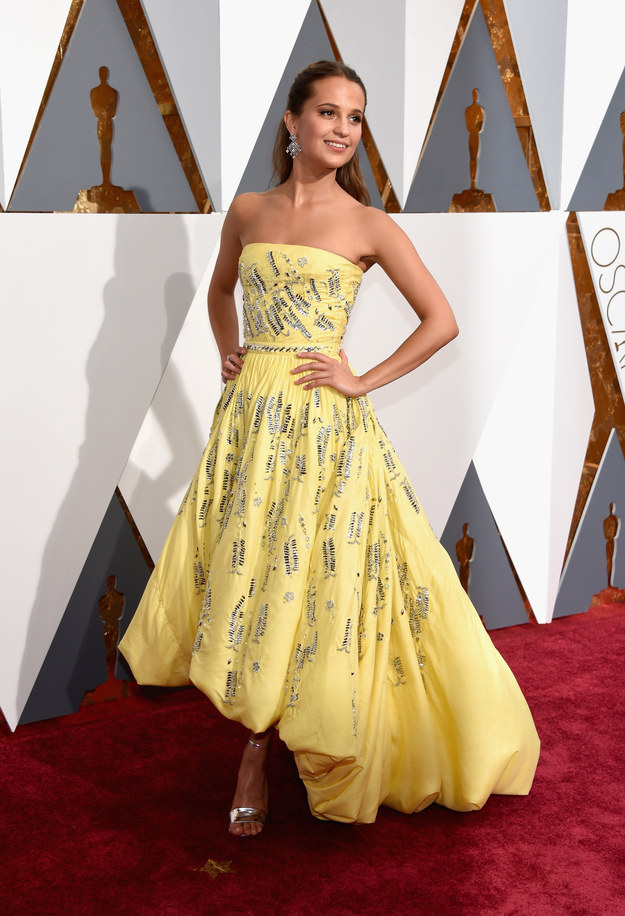 Alright, who else had the theme song of Beauty and the Beast playing at the back of your head when Alicia Vikander walked down the red carpet?

The actress donned a dusty yellow, billowy custom Louis Vuitton gown that gave some major Belle vibes with her natural makeup and a half-up-half-down hair do.