Fenty Beauty is now the official beauty partner of Riot's animated series Arcane, which premiered on Netflix on November 6th 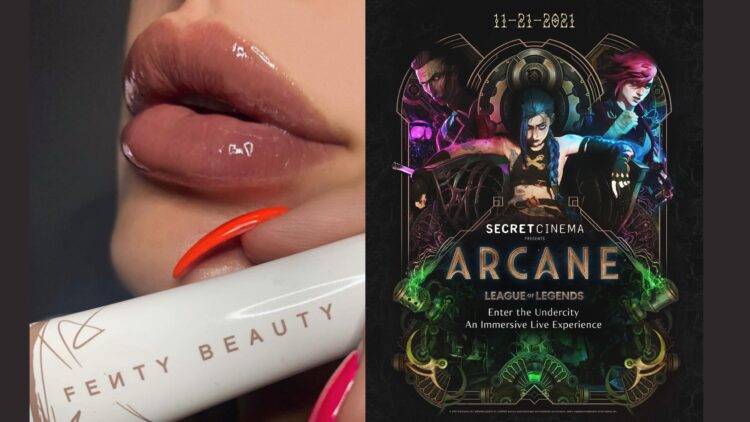 Riot Games has announced a first-of-its-kind global partnership with Fenty Beauty by Rihanna for the Netflix premiere of Riot’s animated series, Arcane. With this official collaboration, Fenty Beauty will curate beauty looks across Riot Games and content in order to highlight the multifaceted and diverse beauty landscape that celebrates beauty in all of its forms, including animation! Throughout this partnership, Fenty Beauty and Riot will push the boundaries of collaboration and highlight the importance of community in gaming and beauty. Arcane is the first TV series based on the League of Legends universe, and it will follow the origins of two iconic League of Legends characters.

With the animated event series Arcane, Netflix and Riot Games bring the global phenomenon League of Legends franchise to television. The series, which marks Riot Games’ first series for television, will also be available on Tencent Video in China. Arcane is the first TV series based on the League of Legends universe, and it will follow the origins of two iconic League of Legends characters. The animated series is developed and produced by Riot Games in collaboration with Fortiche Productions.

Riot was founded by Brandon Beck and Marc Merrill and is led by CEO Nicolo Laurent. The headquarters are based in Los Angeles, California, and currently has 3,000+ Rioters in 20+ offices worldwide. Over the last decade, more than 600 million players from around the world have played in the League universe.

Fenty Beauty is a cosmetics brand founded in 2017 by artist, actress, fashion designer, and businesswoman Rihanna. As her first solo cosmetics brand, Rihanna signed a deal to produce the line through LVMH’s Kendo division. Notoriously known for their inclusivity, Fenty Beauty was created by Rihanna “so that people everywhere would be included,” focusing on a wide range of traditionally difficult-to-match skin tones, developing formulas that work for all skin types, and pinpointing universal shades. Above all, her vision is to inspire: “Makeup is there for you to have fun with.” It should never feel pressed. It should never feel like you’re wearing a uniform. Feel free to experiment, to take risks, and to try something new or different.”

Follow along with @fentybeauty and @arcaneshow to watch this partnership come to life.