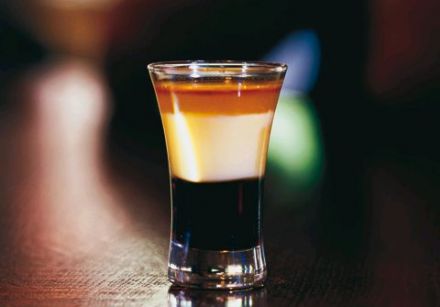 I’m not a regular in a pub or bistro and when I do go I follow suit by drinking beer. This time I wanted to try something new and different. I ordered B52.

In the menu it stated Kahlua, Amaretto Almond Liquor and Bailey’s Irish Cream. The only thing I recognize is Bailey’s. So, I went with it.

I assumed it’ll come in an average sized glass with ice cubes but actually it was served in a shot glass. 3 beautiful layers, I assume the top layer as Kahlua, Amaretto and Bailey’s in that order.

Since, it’s in a shot glass I can’t be sipping on it hence I had to gulp down RM23.00 worth of drink in one go. It has very strong liquor taste, though just 1/3 of each flavoured liquor but one shot was enough to make me high. That’s because I don’t drink that often and it isn’t my hobby. I liked that sweet creamy texture and wanted to go for another but looking at how high I got with just one shot, I stopped at one. I’d probably try it again, the next time I visit a pub.

ADVERTISEMENT
No Result
View All Result