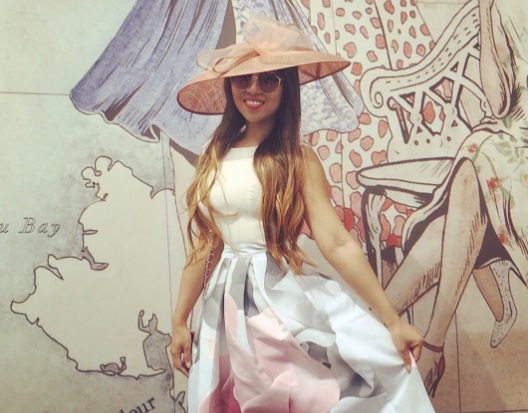 As of late, our timeline has been flooded once again with news of Nur Amalina Che Bakri, Malaysia’s very own genius sweetheart who scored 17 1As for Sijil Pelajaran Malaysia (SPM) back in 2004. Remember her? The Kelantanese-born beauty held the record of most 1As scored in SPM until 2007, which was broken by Azali Idris who obtained 20 1As in 2007.

Bank Negara Malaysia took no time to approach the then 17-year-old student to help sponsor her education in the medical field in United Kingdom. From October 2015 until now, Amalina is currently serving The Royal College of Surgeons of England as a surgical trainee. She is aspiring to become a Breast and Oncoplastic surgeon, soon.

Dr. Amalina Bakri, now 30, is a graduate from University of Cambridge and has garnered a lot of experience at the Cambridge University Hospitals NHS Foundation Trust from 2013 to 2015. Her success and achievements has really made us Malaysians proud. Among her best accomplishments are:

– BMedSc Pharmacology (Hons) with Industrial Experience (The University of Edinburgh) 2010

In addition to being committed to her duties, Dr. Amalina is also very devoted in charities and has volunteered to serve as a medical doctor at Meru District Hospital, Tanzania for 3 months. She has also volunteered as an English teacher in Tanzania and Zanzibar in 2010.

However, even with all of her triumphs, some  netizens always find weird things to say about the talented doctor.

One user named Dak Ida commented, “Children’s success cannot be measured by academic and career alone, but the real success of the children is to alleviate the parents in the hereafter. So pray for her [Amalina] to get the guidance in the future.. Aamiin.”

While another user, Rose Zahraa remarked, “Okay la. Used to be proud of her because she was the first student to score the best SPM result and managed to study abroad. But I didn’t expect that she’ll get sucked into the Western culture too. I would be more proud if she can be labelled as a successful Muslim woman instead, and continue to open the eyes of non-Muslims who would be able to succeed in this world and hereafter.” Okay guys, chill out with the holier than thou comments, please. She was 17. Pretty sure a lot of your classmates who wore hijab during high school are not even donning headscarves anymore now. Also, why must a person’s success be deemed invalid just because she doesn’t cover her hair?

With that said, we heart you Dr. Amalina Bakri! Keep doing you, and no one else ❤️ Let’s take a look at some of her photos taken from the brilliant doctor’s Instagram account:

“Women are leaders everywhere you look — from the CEO who runs a Fortune 500 company to the housewife who raises her children and heads her household. Our country was built by strong women, and we will continue to break down walls and defy stereotypes." #leadership #equality #feminist #cancerresearch #InternationalCancerConference #oralpresentation

Top of the Rock NYC

Every brunette has a blonde best friend! #royalascot2017