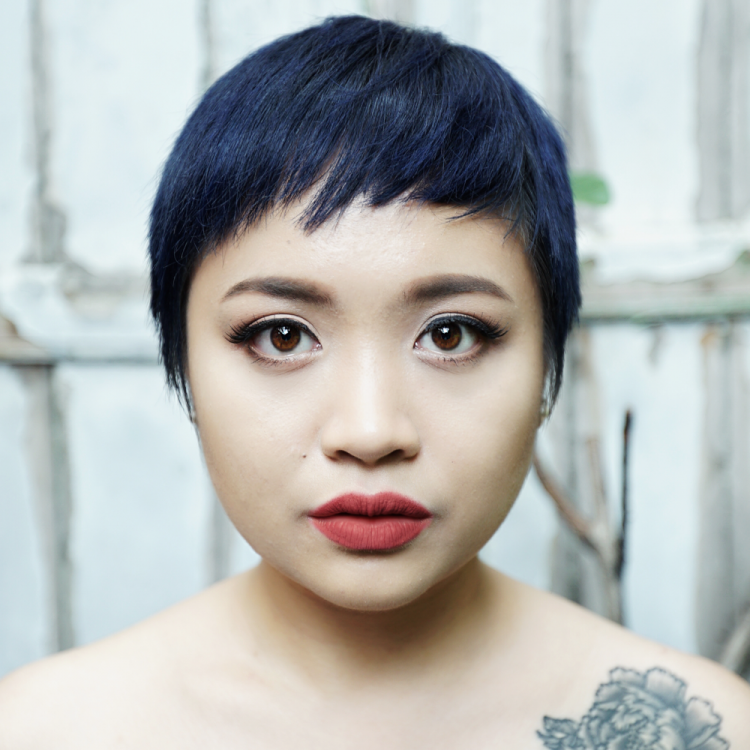 Here’s the thing about unrequited love – it is painful, but it is also beautiful. Sabahan-born Beverly Matujal transformed the experience from harbouring her first crush into songwriting. The infatuation was short-lived, but her love for singing and songwriting was greater.

With a bubbly demeanor and a track list that speaks to your heart, Beverly Matujal has come a long way from writing songs in her room. We sat down with her over lunch for a quick chat on her journey and her first official EP Echoes :

Q: How did you start off singing/songwriting?

BM: Well, I’ve been exposed to music since I was very young – my father loves singing, playing the guitar and he actually wanted to be a musician when he was my age. But back then it wasn’t as easy to get your music out there or to be a musician, especially in Sabah. So I’d have to say that my exposure to music was mostly because of him. Songwriting came later, when I picked up playing the guitar and piano by ear at age 11 or 12.

Q: How would you describe your sound?

BM: I feel like I’m a mix of folk and pop – I get inspired by really strong singers/songwriters like Sara Bareilles, Jewel, Sarah McLachlan and even Joni Mitchell so I guess I veer into the folk territory with lots of acoustics and indie vibes.

Q: Who is your biggest musical influence?

BM: Sara Bareilles – I feel like she has the whole package. She performs well live and in recording, she can write really good songs with great lyrics and catchy melodies – definitely my biggest influence.

Q: What inspires you to write songs?

BM: Mostly, personal experiences, I love writing about love – I’m a sappy romantic. Growing up, I used to fall in and out of love very easily so they’re mostly based on these experiences. Kind of like Taylor Swift *laughs*.

Q: Your first EP Echoes is releasing soon. How does it feel to finally be releasing your own EP?

BM: It’s surreal. It’s been a long time coming and I’ve been working on all of the songs for 3-4 years! So it’s kind of crazy how everything’s finally happening and I’m so happy that it’s coming together nicely.

Q: Tell us more about Echoes

BM: I had quite a few songs on my list, but I had to pick a few of the key songs that would be able to work together in an EP. So when I thought about of a theme for the EP, it was ‘Unrequited Love’. I feel like a lot of people can relate to that, and I for one have been in and out of love so I have a lot of songs about that. So Echoes are essentially words left unsaid to the person, but these words still echo deep in my heart. Hence, Echoes.

Q: Which track do you feel exposes you the most?

BM: ‘Admit’, the fifth track. That’s the most vulnerable I’ve ever been in terms of the state of which I was writing the song in.

BM: It’s about you trying to admit to yourself that you’re in love, but you technically believe that you’re not. ‘Admit’ implores you to admit that the feelings are real and it’s time to face them. It’s a little cheesy, but it’s me!

Q: If you could collaborate with any artist at all on Echoes, which artist and song would you pick?

BM: Oh my god I’ve thought about this once. I’d probably want to do a duet on the second track ‘Echo’ with a guy musician, probably Ed Sheeran. He’s got the voice, he’s really cute and he’s songwriting skills are crazy.

BM: Good question! I’ve always wanted to write a song for Ed Sheeran actually. I’ve always thought that he’d be a cool person to co-write with. He’s done a lot of songs with the likes of Taylor Swift, Snow Patrol so I feel like it’d be cool to work with him. I don’t necessarily have to write for him, we could co-write!

Q: Being a young musician in Malaysia, what are the challenges you’ve faced so far?

BM: So far, I find that my biggest challenge has been getting my songs out there. It’s a little hard to get my songs heard by the general public because I feel like only musicians seem to know other musicians and some radio stations make way for international mainstream music as opposed to lesser known local musicians because that’s what everyone wants to hear. But yeah, I wish there were more chances to get the public acquainted with good local music.

Q: What would you like to see more of within the local music scene?

BM: Definitely more venues that are open to local singers taking the stage and performing their original music. A lot of operators and venues prefer for you to sing top 40s and stuff so I would love, and hope that someday more venues are open to original local music.

Q: What advice would you give to someone who dreams of pursuing music?

BM: I would tell them to not give up because I’ve been there. I’ve given up on music halfway through my uni year because nothing was happening and it was a dark time where I felt like my dreams weren’t going anywhere, But all you need to do is just keep your head up and keep working and one day you’ll find yourself where you need to be!

Beverly Matujal’s EP Echoes is set for release this 26th August at Merdekarya. Her first single ‘Escalate’ can be found on Spotify, Apple Music and CD Baby. Follow Beverly on Facebook or Instagram for more.