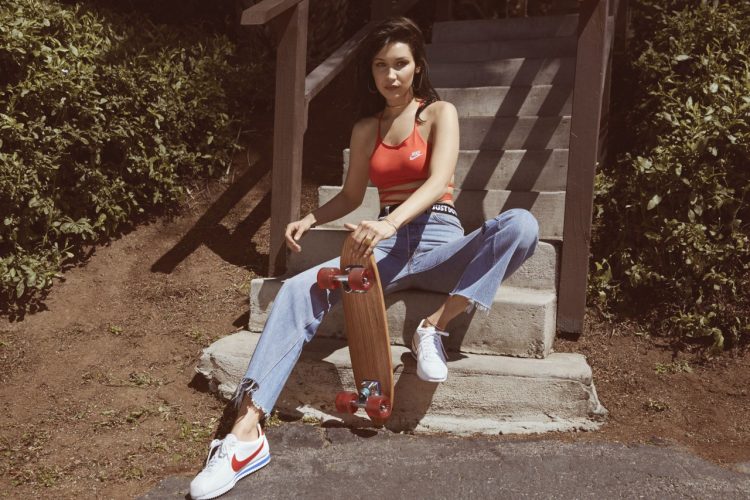 If you’re a fan of the 70s style and all its glory, we have good news! One of the world’s most seminal sneakers, the infamous Nike Cortez, is making a comeback in a big way for its 45th anniversary.

It was considered the brand’s first track shoe, and its original release coincided with the 1972 Summer Olympics. The trainers later became endearing pop culture icon, a shining example of Nike co-founder, Bill Bowerman‘s drive to provide better equipment for runners. Over the years the shoe has propelled champion runners, graced silver screens (in a 1994 best picture winner, no less) as well as televisions and become a staple of west coast hip-hop street style.

The first true women’s version of the shoe, the Senorita Cortez, hit market two years later in 1974. The aesthetic and performance retained the hallmarks of the original, and throughout the ’70s enjoyed status as Nike’s best-selling shoe. To celebrate the return of the Cortez in its original form, Nike has tapped supermodel Bella Hadid to show off the classic white, blue and red colourway in ways only she can, a major nod to her Californian-babe style.

The Cortez has mixed well with high and low fashion and blended with diverse trends. It’s amazing on its own, but you can also mix and match it with anything including a black dress or Levi’s or sweatpants – whatever you want.

Nike Cortez will be launched on 30th May 2017 at a retail price of RM229 and will be available at Nike KLCC and Nike Pavilion.