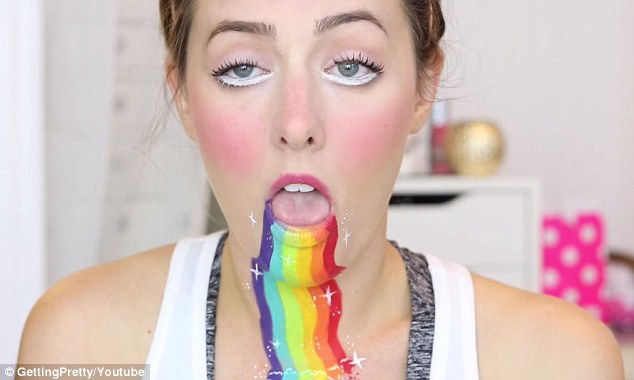 Let’s face it – beauty products are real lifesavers. Even if you’re not one to apply mascara or lotion everyday, we’re pretty sure you can never say no to lipstick, which instantly elevates any look and prevent you from looking like a total wreck, most of the time at least.

If you’re anything like us, you’d probably worry more about the price, formula and packaging than what actually goes into the product. Some substances used in beauty products are downright gross, albeit either being beneficial or harmful to the skin. Check these bizarre ingredients out, and try not to cringe:

Remember when celebrities made headlines for eating their own placenta? Well, some beauty products already contain animal placentas, claiming to offer all sorts of anti-ageing benefits such as skin tightening and collagen production.

Though the skin-loving advantages are proven, a recent study has found that there is no evidence to show that eating placenta will benefit your health (Sorry about that, Kim K). The estrogen present in placenta may also cause problems, especially for pregnant ladies.

Lanolin might sound harmless, but it’s actually made from the grease in animal fur, a.k.a. wool fat/wax. We never knew there’s fat in wool too. It’s a popular ingredient that is contained in creams used amongst breastfeeding women to ease sore nipples, but is also present in other products like lipsticks and shaving creams.

The biggest danger of lanolin is that sheep are sprayed directly with pesticides to treat mites and pests. In addition, harvested fur is treated again with pesticides during the refinement process. So.. there’s that. We don’t know about you, but we want none of that stuff.

Otherwise known as whale vomit or faeces, ambergris is worth a lot of money and is used in a bunch of expensive perfumes. It has a soft texture and smells like fish poop which develops into a waxy solid after years of floating around in the ocean, before eventually washing up on the shore.

This might sound like an urban legend, but it’s not. The pricey stuff works to enhance the good-smelling scents in a bottle of perfume and doesn’t have a powerful scent of its own. It’s currently only legal for use and trade in France and Switzerland. Yeah, you may want to rethink that fancy French eau de toilette.

If you paint your nails at all, you might have a bottle of nail lacquer in your stash that is made from fish scales. It’s listed on labels as guanine and lends that pearly effect that we all adore so much. The scales are scraped from dead fish, which are then suspended in alcohol.

Apart from being used as shampoo ingredient, guanine which can be found in bird droppings, are also used in various facial treatments in Japan.

5. Cochineal or Carmine (Crushed Up Bugs)

Beetle juice – no, not the movie. This is the actual extract of crushed beetles. Carmine dye is the bright red pigment produced by the crushing of female cochineal beetles. Their bodies are dried by being burnt alive and then crushed for their extract.

Also known as Cochineal, the dye, which is safe for most people, is responsible for the red and pink pigments found in many cosmetics such as lipsticks, lip-glosses and eyeshadows, to name a few.

Some cosmetic brands claim to use cells derived from human infant foreskins in their “revolutionary” line of anti-aging products. Those moisturizers and creams that promise to promote young and radiant skin? They may contain circumcised baby foreskin. Gross.

“It’s filled with everything we begin to lose as we age,” aesthetician Besty Rubenstone told NBC. “And that includes growth factors, amino acids, proteins, collage, elastin and hyaluronic acid.”

Snail ooze is collected and used as an ingredient in many moisturizers, a.k.a. alpha hydroxy acid, a term you may recognise from pricey bottles of anti-aging creams. Snail slime contains elastin, a protein that forces tissue to return to its original shape after stretching.

Although it sounds gross, the protein is highly effective for those who want to turn back time on their wrinkles and fine lines. We’re all good with this one, although we’d still squirm at having an actual snail facial.

Here’s a tip: The next time you visit Sephora or any cosmetics parlour, examine the product’s ingredients list before you purchase anything. Don’t worry; if you can’t remember all those scientific names, just Google for help!