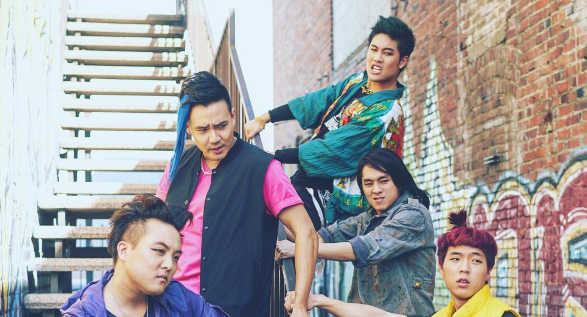 Just days after being released on 24th March, a parody-themed song has amusingly scored the top spot on iTunes’ K-Pop chart.

Ryan Higa‘s Kpop group, Boys Generally Asian (BgA), released their second song Who’s It Gonna Be and immediately climbed the K-pop ranking. The song even surpassed above the industry’s top male group such as Monsta X, GOT7, and BTS, among others.

So far, their songs have become a tremendous hit with American fans. Check out their hilarious single below:

On top of the pretty catchy song, the 10-minute-long music video consists of two mini parody skits, a signature move by the famous Youtuber, which perfectly imitated how K-Pop groups are formed, from selecting their fandom name, adopting official colours, to choosing its solo members. Self-described as ‘the result of five guys who can’t sing, dance or really speak Korean and try to start a K-Pop band,’ BgA which started as a joke, cleverly riffs on many common tropes found in K-Pop boy band music videos, making them a favourite amongst Korean music lovers as well as those who enjoys them ironically.

Fun fact: Three of them are Korean, while Ryan Higa is Japanese and Philip Wang is Chinese. That’s why they’re called Boys Generally Asian.