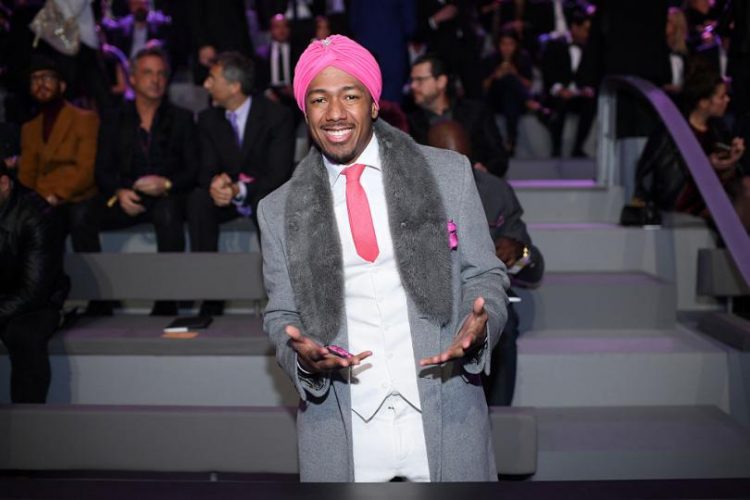 Nick Cannon has welcomed his third child into the world. The entertainer’s ex-girlfriend Brittany Bell gave birth to their son on 21st Feb (Tue), where the rapper announced the news to the world by sharing a picture of himself with his newborn in his arms on Instagram.

The 36-year-old excitedly posted the image with the caption, “Weeping may endure for a night, but Joy cometh in the morning! No matter how hard the world may hit you, God always reminds us of our purpose! #TrueHappiness. Welcome to Earth Son!”

He went on to reveal his son’s unique name and added alongside the adorable black and white snap: “Golden “Sagon” Cannon 2/21/17 #Awakened.” He also noted that his third child wasn’t an accident as people suspected. Although his relationship with Brittany Bell ended, it doesn’t mean that they couldn’t continue being a family.

Bell and Cannon actually grew up together. “I wanted to make sure it was someone who was solid, spiritual and had the same views,” he revealed. “She’s been in my life. Our families grew up in the same projects together in San Diego. So there’s a lot of substance there.”

Cannon’s child is sure to bring a lot of happiness to his life, which he seriously needs right now. He just lost his main source of income after quitting America’s Got Talent for making an offensive joke, but this star could be face an even bigger financial blow.

Earlier this week, the rapper/actor has been hit with a US$1.7 million (RM7.5 million) lawsuit for allegedly stealing the idea for his Ncredible mobile app. Enrico Taylor has filed legal documents claiming he met Cannon in 2015 to discuss his digital talent search company I Discover Stars.

He alleged the comedian stopped communicating with him and months later, Nick Cannon launched Ncredible, which helped him discover amateur talent for him to manage. Enrico Taylor claims that Mariah Carey‘s ex stole his idea and his venture failed so now Taylor is having difficulty scoring funding for his enterprise because it seems like a rip off now.

Nick’s app was launched in 2016 as an extension of her management and music company N’credibe, and allowed for comedians, singers, rappers and model to audition for Nick without having to have an in-person audition.